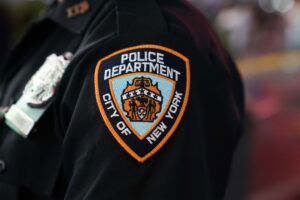 In the process of rooting out corruption in the New York Police Department, a district attorney in New York City has successfully petitioned a judge to throw out 60 convictions because the police officers lied in several cases.

According to The Gothamist, at a virtual hearing on Monday, Queens District Attorney Melinda Katz successfully petitioned a judge to erase 60 convictions linked to cases involving three NYPD officers found to have committed crimes and fabricated evidence in other cases previously.

“Earlier this year, my office was informed of a list of NYPD officers who were convicted of crimes which related to serious misconduct in regard to their law enforcement duties. Upon receipt of this information, I made a commitment to review the Queens cases in which the officers were the essential witnesses and take appropriate action. The step we’ve taken today is the first in an ongoing and systematic review,” said Katz in a written statement released earlier this week.

DA Katz will ask the Court today to vacate the cases of 60 defendants which were based on the police work of former NYPD detectives who were later convicted of various crimes.

The step we’ve taken today is the first in an ongoing and systematic review. https://t.co/tz6swoJZT8

The Conviction Integrity Unit examined the Queens cases where the prosecution of the defendants relied on the work of a law enforcement officer convicted of perjury or other serious crimes.

The unit launched a review and found that 10 of the 22 flagged police officers were involved in the convictions in Queens. The 60 dismissals announced on Monday arose from an initial review of three of those officers’ arrest records.

Detective Kevin Desormeau, convicted in 2018 for lying about an alleged cocaine sale in Jamaica, Queens, was involved in 34 of those cases.

Detective Sasha Cordoba, who pleaded guilty three years ago in 2018 after prosecutors found she repeatedly gave false statements in a gun possession case in Washington Heights in Manhattan, was involved in 20 cases.

And the other six cases included former NYPD Detective Oscar Sandino, who was charged in 2010 and pled guilty to sexual assault and other sexual misconduct charges involving arrestees.