The Fed’s most recent increase to the federal funds rate has driven mortgage rates to their highest level since 2002. That was the goal—to increase the cost of borrowing to slow down the economy, which is still surging post-pandemic. So why are prices still 8.2% higher than they were last year?

Pent-up demand and increased national debt are only partially to blame for inflation. Global supply chain issues and rising energy prices, which the Fed can’t control, are also contributing. And other potential factors are up for debate among economists.

When the Fed began pushing up the federal funds rate, there were worries the central bank had taken too long to act. Some experts say the rate hikes are too aggressive and happening too quickly, as the full impact of the increases haven’t been realized yet. Other experts say the Fed’s actions simply won’t work. Meanwhile, workers are already feeling the pain of higher rents and unaffordable mortgages. But even if experts could agree on the primary driver of inflation, they don’t seem to have any solutions that could actually work.

Competition in the market typically prevents companies from overcharging consumers. But in recent decades, most U.S. industries have become more concentrated. Corporations can raise prices with little fear that other businesses can offer the same products for less—and it is the corporations with the largest market share and most power that are currently raising prices the most. Many economists are saying that corporations are taking advantage of the current inflationary environment by raising prices above and beyond what they would need to account for the rising costs of materials and wages.

A report from the Economic Policy Institute revealed that, between April 2020 and December 2021, 54% of price increases in the nonfinancial corporate sector went toward corporate profits, while just 8% went toward increasing wages. That’s a sharp reversal from the period between 1979 and 2019 and seems to dampen the argument that labor costs are to blame for inflation.

One example of what appears to be corporate greed is the profit margins in the meat-processing industry, which is having a major impact on the cost of groceries. The four biggest companies in the industry reported a 120% increase in gross profits at the end of 2021 compared to before the pandemic. The CEO of Hormel Foods announced that the company would continue to increase prices, even though its operating income had increased 19% year-over-year as of the first quarter of 2022, in part because of its pricing power.

Those who agree that corporate greed is a significant driver, which includes economists from The Brookings Institution and The Roosevelt Institute, contend that policy decisions should attempt to control it, such as increasing taxes on windfall corporate profits. But some argue that it’s boosted profit margins protecting the U.S. economy from a recession.

There are also a few problems with the argument that fatter margins are driving inflation, according to other experts. The first is that corporations don’t need an excuse to be greedy. They will always charge the highest prices that the market will allow. When demand is high, and supply is low, it allows corporations to charge higher prices. Increased profit margins are, therefore, a result of inflation, not a cause. Corporations aren’t being especially greedy now, just as they weren’t being kind to consumers with their pricing when inflation was low.

Similarly, monopolies were around before the pandemic, a Wharton professor argues. Oil and gas companies lost billions during the pandemic, revealing how susceptible even consolidated industries are to market conditions. Now, they’re profiting as a result of higher demand.

Furthermore, inflation is higher in certain high-demand industries (like used cars and major appliances). Some economists are wondering why haven’t we seen an equivalent rise in prices across the board if corporate greed is a primary driver, as it’s unlikely companies in certain industries are greedier than others.

Analysts at the New York Fed also point out there’s nothing historically unusual about the current relationship between corporate profits and inflation and that gross profit margins don’t account for sales, general, and administrative costs. As this debate rages on, many businesses are faced with higher costs that cut into their profits, and net earnings are now falling for the S&P 500 when excluding energy companies.

If fatter profit margins are contributing to inflation, they likely represent one of many factors affecting prices. In any case, most economists do not support the idea of legislation to control price gouging during a market shock. Historically, price controls have had negative consequences—for example, attempts to cap gas prices in the 1970s led to gas shortages and long lines at the tank.

Are Trump-Era Tariffs Contributing to Inflation?

Economists tend to agree, based on historical evidence, that taxes on imports and exports decrease economic output and real wages. Though the intent of a tariff is to protect domestic jobs and increase revenue, it typically has the opposite effect.

If another country can produce goods in a specific industry cheaper than the U.S., it might hurt employment in that industry. But if Americans can buy those goods for less, they have more spending power in general, which increases employment in other industries. Furthermore, when another nation’s profits from exports increase, the response is inevitably to spend more money on goods from the U.S. Free trade without tariffs results in a rise in U.S. revenue, employment, and real wages.

On the other hand, tariffs act as a tax on consumers by raising domestic prices. Plus, trade partners often retaliate with tariffs on exports from the United States. The Tax Foundation estimates that the latest trade war cost American consumers nearly $80 billion. But there’s debate about the size of the impact on inflation.

U.S. tariffs on Chinese goods raised the consumer price index by 0.26 percentage points, so it seems removing them would have a minimal impact. But there’s also the indirect result of U.S. companies competing to reduce the cost of goods—perhaps reducing corporate profits in order to offer lower prices than foreign competition—which could eventually reduce the CPI by a full percentage point, according to the Peterson Institute for International Economics.

But the Economic Policy Institute contends that the timing is off for the tariffs to be considered a primary driver of inflation and that removing the tariffs could harm key industries during a global supply chain crisis.

The causes of inflation are many and varied. It remains to be seen whether the Fed’s tools alone can tame the economy. A multi-pronged approach is more likely what’s needed. But often, attempts to manipulate the economy have side effects, and as the disagreement among economists reveals, it’s difficult to know which interventions are justified.

The Impact of Inflation on the Housing Market and Investors

Whatever the primary cause of inflation may be, it has created an affordability crisis for prospective homebuyers. It’s not just that mortgage rates continue to creep up as the Fed raises the federal funds rate. Wages have also not increased enough to keep pace with inflation, and rising rents, groceries, and gas prices make it more difficult to save. And the volatile stock market has made American retirement and investment accounts less viable resources for purchasing real estate.

Yet most economists don’t expect a housing crash, even as prices cool in many markets. Prices are still higher than they were a year ago. There hasn’t been an increase in the supply of available homes or new housing starts. At the same time, Gen Z is approaching the typical age to pursue homeownership more financially prepared than millennials, so experts think demand will stay elevated or even increase. And current borrowers are much less likely to default than their peers who were approved prior to the 2008 crisis.

It may be possible for corrections in housing prices to offset the higher mortgage rates. But current home prices, along with steep rates at a 20-year high, are making it difficult for new investors who count on financing to break into real estate. If the right deal comes along and the numbers work, most experts think you shouldn’t be deterred by worries of an impending housing market crash. But in the meantime, bolster your savings and consider passive cash investments in real estate. Ultimately, having a diverse portfolio of real estate and other investments will offer you the best protection going into a recession.

What Is a Dog-Friendly Apartment? – Dogster 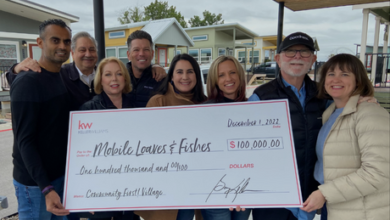 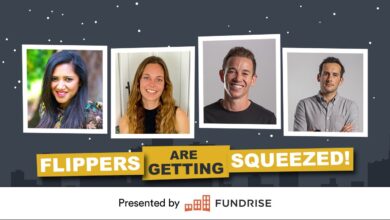 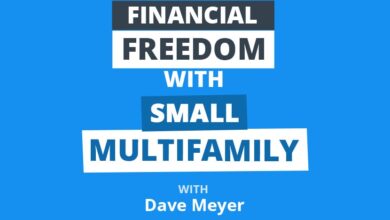 How to Reach Financial Freedom in 2023 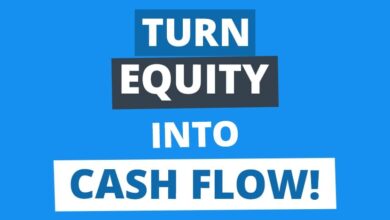