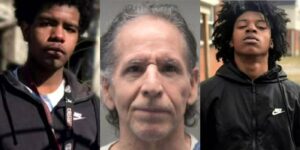 Victor Santana, 65, of Dayton, Ohio, was charged with killing two teenagers smoking marijuana inside a vehicle in his garage.

On Thursday, Santana was convicted of murder and felonious assault after fatally shooting two 17-year-olds he found inside his detached garage during the night of Aug. 28, 2019, 10TV reports. Santana tried to use the state’s new “stand your ground” defense in killing Devin Henderson and Javier Harrison, but a judge ruled earlier this year that the law couldn’t be applied retroactively.

Santana’s attorney, Lucas Wilder, claims the man saw the teens enter his front gate and was afraid of a home invasion so he retrieved his gun and went after them. Dayton Daily News reports that Wilder claims Santana responded aggressively because he didn’t know if the teens were armed.

“In that moment, fear hits him and he decides to shoot,” Wilder said.

“He didn’t hunt these young men, he didn’t sneak attack them,” Wilder added. “The deciding factor is that you have to put yourself in this mans shoes at the time.”

However, eyewitness Ja’shin Gibson who was with the teens but was not injured after hiding under the car, testified that Santana opened the car door and fired shots without warning.

“He didn’t say nothing at all,” he testified.

Gibson, who was 19 at the time of the shooting, said he and his now-deceased friends thought the vehicle was abandoned in the garage and the trio just wanted a place to smoke marijuana.

“We just wanted to get high, go home,” he said.

He is being held in the Montgomery County jail and is scheduled to be sentenced on Dec. 20.