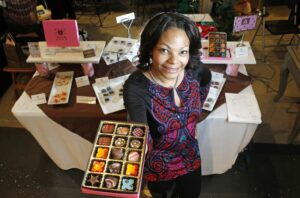 For the second time in as many years, the Ohio House of Representatives has passed a domestic violence bill named after Aisha Fraser, a teacher who was murdered by her husband in 2018.

House Bill 3, also referred to as Aisha’s Law, aims to change the way police departments across the state investigate partner violence, adding measures to determine if a victim is at risk of being killed by someone with whom they are in a relationship.

According to Cleveland.com, officers responding to these calls would use Department of Justice approved lethality assessments developed by advocacy groups like Maryland Network Against Domestic Violence and the Jeanne Geiger Crisis Center to prevent the abuse from escalating to murder.

Lawmakers want to draw particular attention to strangulation: a 2008 study published in the Journal of Emergency Medicine found that 43 percent of women murdered in domestic assaults and 45 percent of attempted murder victims had all been strangled by their partner within the year before.

In Fraser’s case, her ex-husband Lance Mason was charged and convicted in a 2014 domestic violence case that involved strangulation. The former Cuyahoga County Common Pleas judge and state lawmaker was sentenced to life in prison for stabbing Fraser, a sixth grade teacher, 59 times in front of their daughters.

Mason will be eligible for parole in 2054.

In addition to changing how domestic violence cases are investigated, Aisha’s Law would also affect sentencing in murder cases involving partner abuse. HB3 would expand the definition of aggravated murder to include domestic violence, which means assailants in those cases would be sentenced to life if found guilty.

Aisha’s Law now heads to the state senate for final approval. Representative Janine Boyd, the bill’s sponsor, said she has scheduled a meeting with the Ohio Senate Judiciary Committee, which failed to pass the bill last year.

“There’s quite a few returning folks,” Boyd said of the committee. “They’ve heard the bill. They’re familiar with the contents of the bill, and really we’ve only made one or two small changes since they’ve heard it.”