Visitors to a lighthouse in Nova Scotia can appreciate the historic structure from a new vantage point designed by Canadian studio Omar Gandhi Architect to be fully accessible.

The firm was asked to improve the infrastructure for tourists that visit Peggy’s Cove, a small coastal community on the eastern shore of St Margaret’s Bay near Halifax.

Also known as Peggy’s Point, the lighthouse is one of the most photographed in Canada, according to the Nova Scotia tourism board.

Since the landmark is surrounded by barren, rocky coastline, getting within close proximity was difficult for many.

This led local developer Develop Nova Scotia to commission Omar Gandhi Architect to upgrade the site’s accessibility and facilities, allowing all to enjoy the scenic spot.

“The viewing platform presents an opportunity for everyone to experience the lighthouse and the unique topography from an elevated and protected zone, opening the use of the site up to a much broader audience,” the studio said.

The result is an elevated platform that extends from the rocky terrain towards the lighthouse, connected to paths that provide an even surface from the parking lot and drop-off area.

“Ramps, tactile indicators and handrails help to make navigating the site less of a challenge,” said the studio, adding that seating is provided for those who need to take a break.

The wooden viewpoint is carefully positioned to protect visitors from the strong waves that batter the coastline and to take into account the sea-level rise predicted for this region.

It is embedded into the landscape for minimal visual interruption from the village. 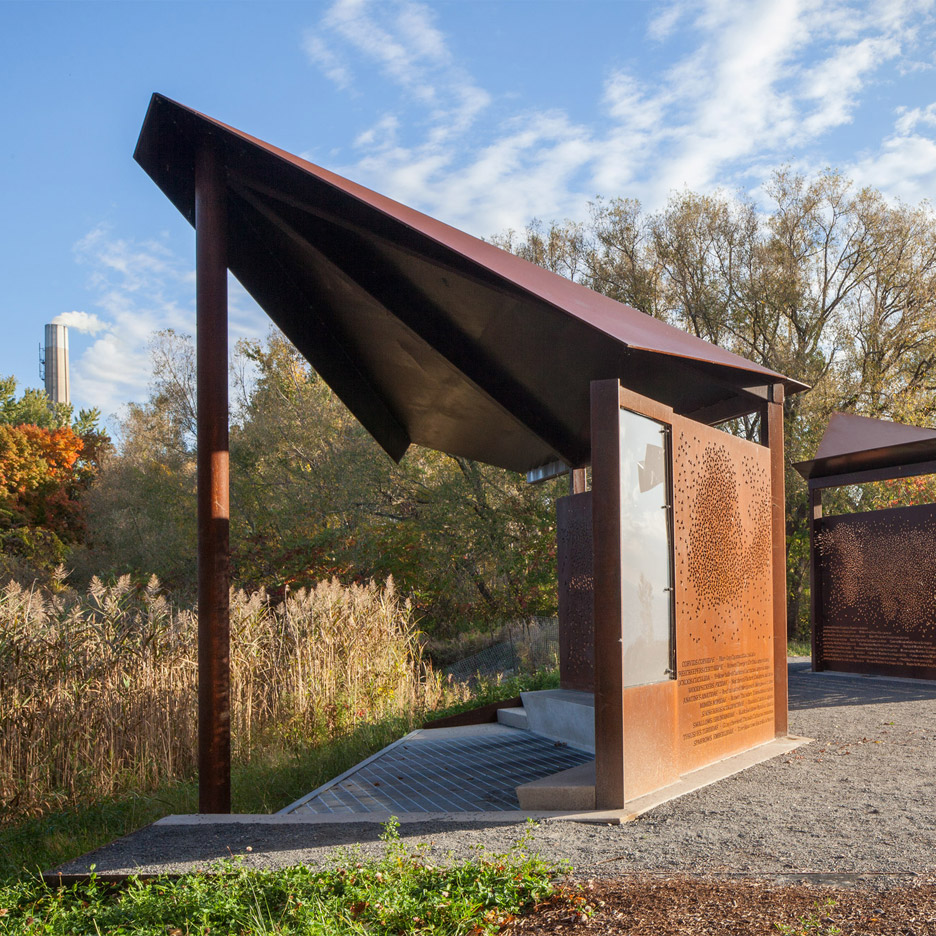 Netted guardrails were also chosen to prevent obstructing the best vistas, while solid sections of the perimeter form shields from strong winds.

Lighting helps to guide visitors on gloomy days or when the light fades in the evenings.

A building housing restrooms was designed with larger hallways and stalls than prescribed by building codes, and an adult changing table is included to provide “dignity and respect to all users”.

Materials for the project were chosen to respect the local vernacular of quaint fishing shacks. Planks of Eastern white cedar form the decking and wrap around its sides, offering a consistent neutral tone that blends with the surroundings.

Omar Gandhi Architect has studios in Toronto and Halifax and is best known for its serene private houses across the province of Nova Scotia.

We rounded up five of the best, which include a tall cabin on Cape Breton and a home organised around boulders at Purcell’s Cove.

The photography is by Maxime Brouillet.

An Inmate Who Was Key to The Debate On Juvenile Life Sentences, Gets Freed From Prison

Tom Wiscombe and Marikka Trotter resign from SCI-Arc amid investigation