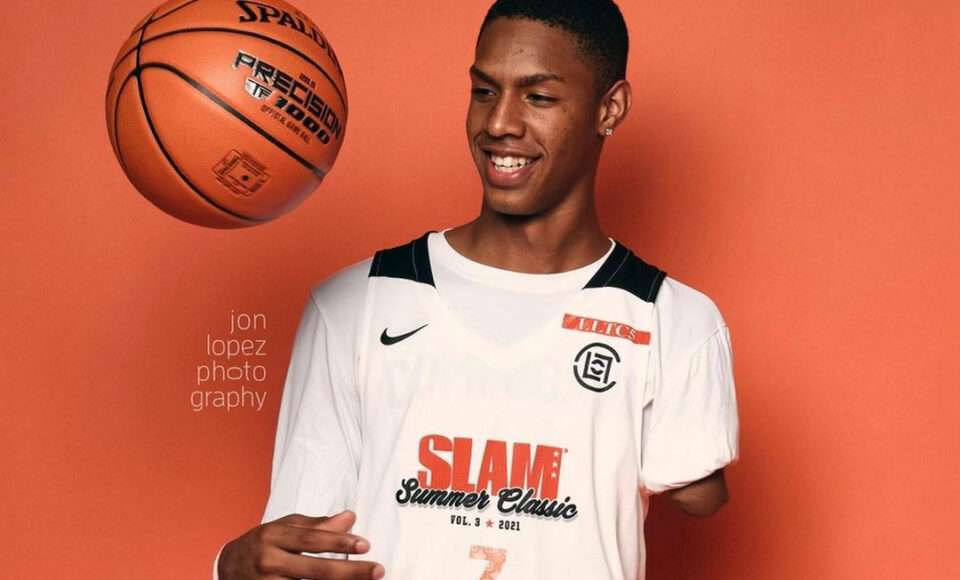 
A young popular basketball player who only has one arm and has been wowing fans with his playing abilities has been offered a sports scholarship from a Division I HBCU.

Hansel Emmanuel Donato Domínguez, who had his left arm amputated after a wall collapsed on it in the Dominican Republic, has announced on his Instagram account that he has received an offer from Tennessee State University last week.

“Blessed to receive my first D1 offer from Tennessee State university #gotigers Thank you for believing in my talents @coachpenny1 @tsutigersmbb @yann.edits“

According to the Orlando Sentinel, the 6-foot-5 17-year-old Dominican has been in the United States for only a couple of months after receiving a scholarship to play for the Life Christian Academy school in Kissimmee, Florida. At the age of 6, Domínguez lost his arm when he was trapped under the rubble for close to two hours before being rescued by his father. They were living in Domínguez’s home country, the Dominican Republic.

The teen feels it was a blessing with the circumstances that have happened to him.

“God always has a purpose. I am living His mission, what He wants me to do in this life. Everything I do, I do it with God first and for my family, they are everything [to me],“ Donato Domínguez said in Spanish to the Orlando Sentinel.

The basketball player may have inherited his skills from his father, Hansel Salvador Donato, who played pro basketball in the Dominican Republic.