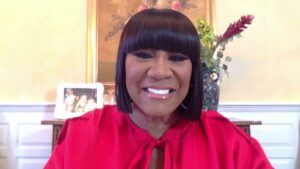 With November being National Diabetes Awareness Month, soul songstress Patti LaBelle made a recent virtual testimony to Congress to advocate for improved access to diabetes care.

While speaking with The Hill on behalf of The Diabetes Leadership Council, the Grammy-winning singer and entrepreneur shared her experience with diabetes while calling for access to viable healthcare for people with Type 2 diabetes.

She recalled passing out on the stage 26 years ago and thinking it was just due to exhaustion. Once she went to the doctor, she learned that she was a Type 2 diabetic.

“I was scared because my mother had amputations, my aunt lost her eyesight, and so many of my family members dealt with diabetes but they didn’t have the provisions that I have today to make my diabetes livable,” she said.

LaBelle stressed the importance of diabetes healthcare in communities of color, particularly in Black communities where there’s an increased prevalence of diabetes, as noted by the National Institutes of Health.

“As someone who’s lived with Type 2 diabetes for over 25 years, I’ve seen and benefitted from advances in technology like the Dexcom G6 CGM System,” LaBelle said. “But to know that so many people—especially in Black communities where diabetes is more prevalent—don’t have access to this life-changing technology is simply not ok.”

LaBelle’s diabetes advocacy work as part of the #SeeDiabetes campaign is to help spotlight a disease that many people still battle with and that often goes overlooked.

“Diabetes is often invisible to everyone except those living with it—so we need to make it visible and help people access the care and technology they deserve,” LaBelle said.

The Pattie’s Sweet Potato Pies creator is advocating alongside singer/actor Nick Jonas to help spread awareness and improve healthcare services for people battling diabetes. She encourages people to make their doctor their best friend and go regularly to stay on top of their health and catch potentially life-threatening ailments early.