Drake has made waves with the lavish interior of his 50,000 square foot manor home in his hometown of Toronto. But the Grammy Award-winning rapper also lives the good life when he’s in the states.

NY Post reports that cameras recently looked inside the the18,000-square-foot Beverly Hills mansion Drake rented for just a few nights. Worth a reported $65 million, the seven-bedroom, 14-bathroom home dubbed the “Elementi” includes a glass bridge, a primary suite, a pool, and floor-to-ceiling windows that boast jaw-dropping views of Los Angeles. 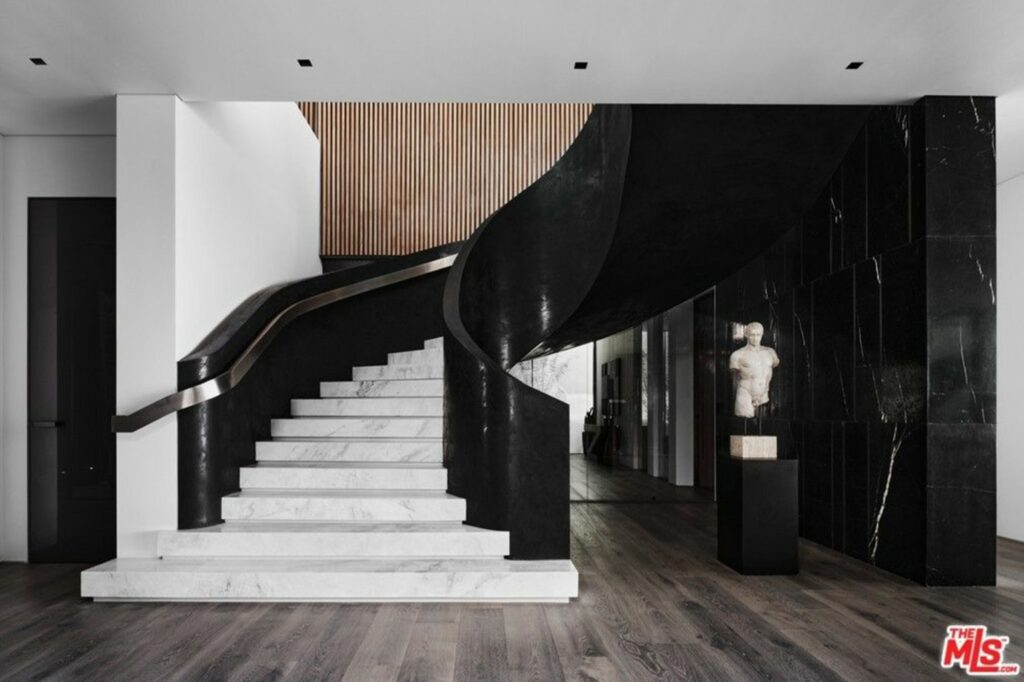 Designed by the world-renowned architect firm SAOTA, the home is entered by crossing a glass bridge that brings you to the foyer and open floor plan inside the home. It was placed on the market in April following a six-year rebuilding process.

Outside, the home includes a beautifully designed courtyard with a 20-foot cascading water wall that sits behind a 150-year-old Mediterranean olive tree that was shipped internationally from Italy, according to The Dirt. The foyer includes a Venetian-plastered spiral staircase that leads down to the entertainment room. 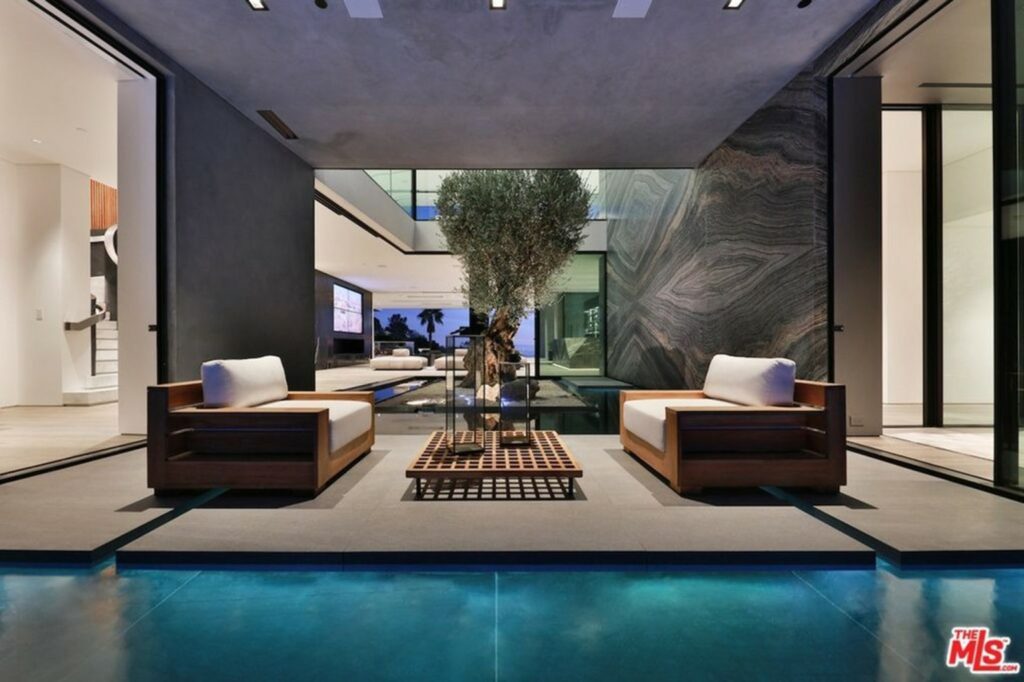 The home also includes a theater room with custom finishes. Additional features to the mansion include a butler’s kitchen with its own entrance, Gaggenau appliances in the lavish kitchen, Dada cabinetry, a 16-burner Viking stove, and a 14-foot leathered marble island. 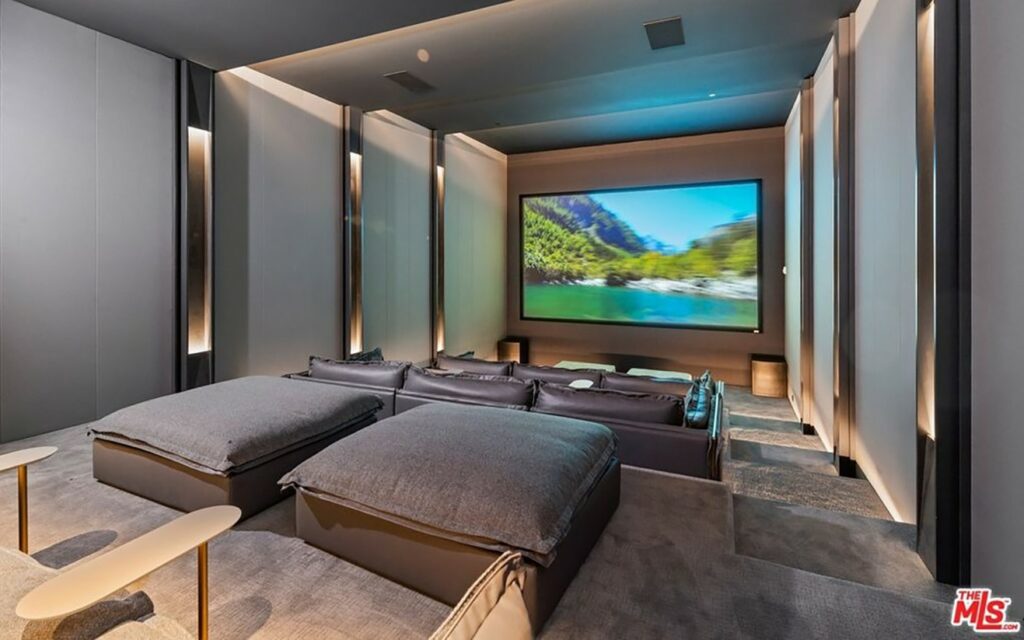 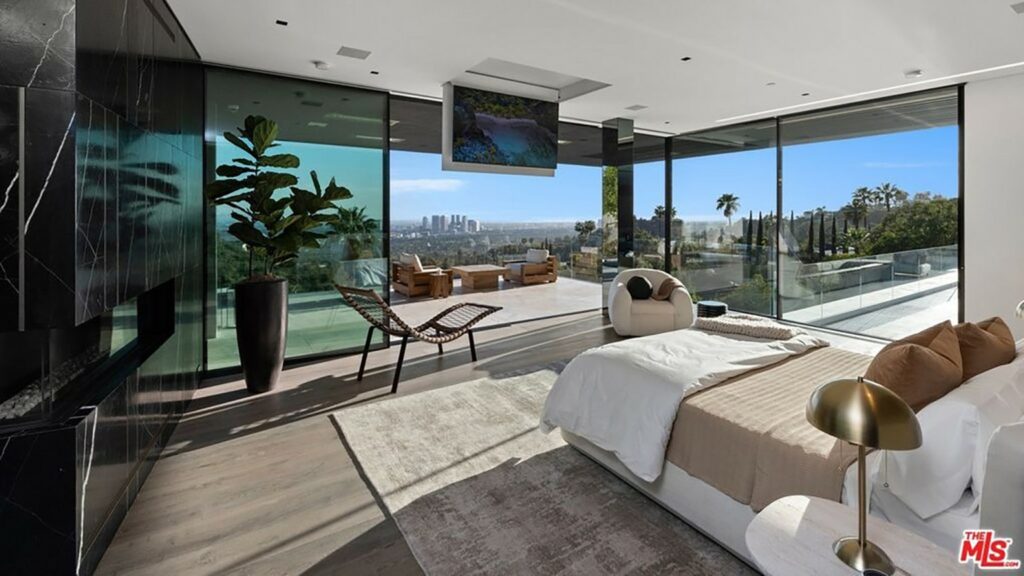 Marble details accent the home’s interior, including a lounge area and an indoor/outdoor pool, a fully furnished primary suite, the main bedroom, and guest bedrooms. The bathroom attached to the primary suite is drenched in marble, a large bowl-like tub, and a large framed mirror. 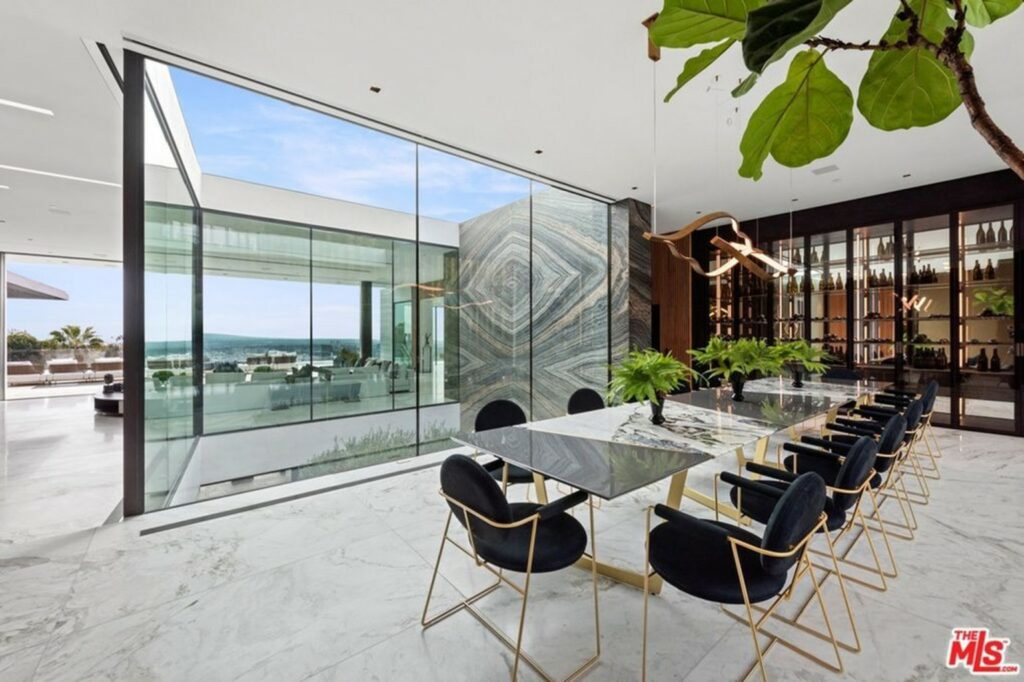 If you’re wondering how much Drake spent to rent the home, the “In My Feelings” rapper reportedly dropped $215,000 per month to stay there. Drake only stayed there briefly and doesn’t have any plans of moving to Beverly Hills just yet. 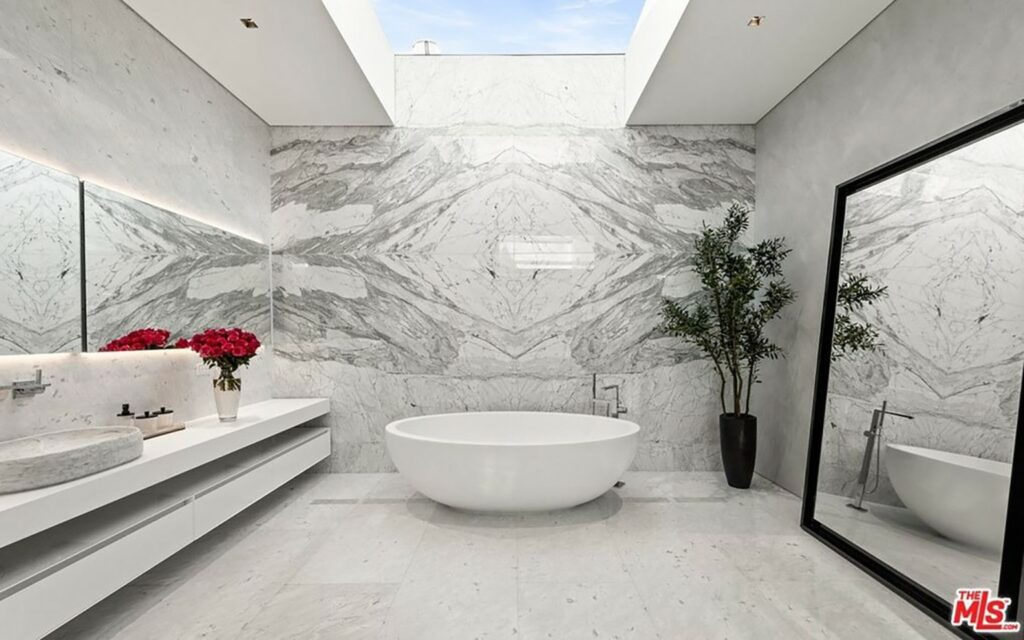 Drake currently owns two homes, including his mansion in Toronto and a Hidden Hills estate with three adjacent houses. 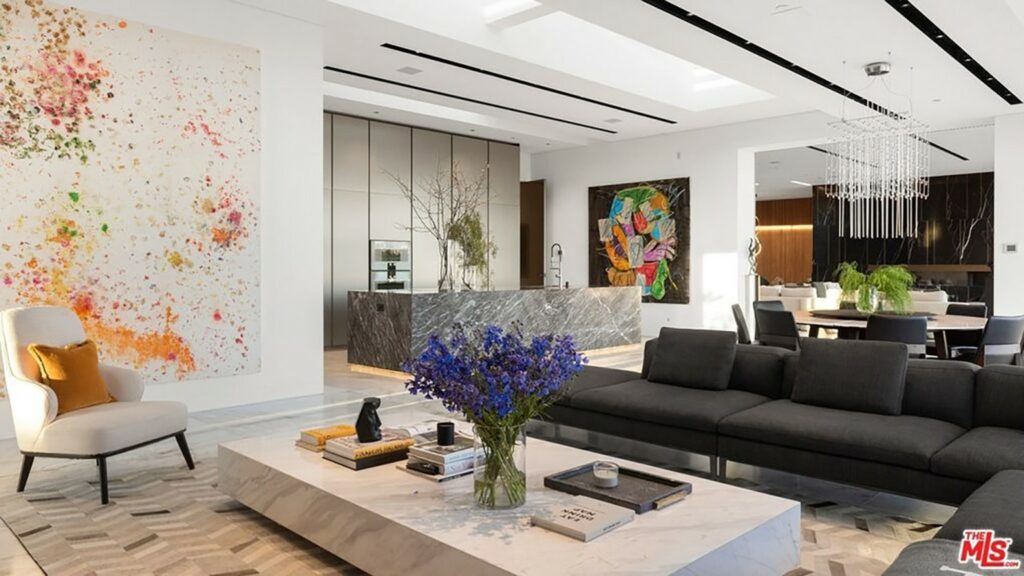 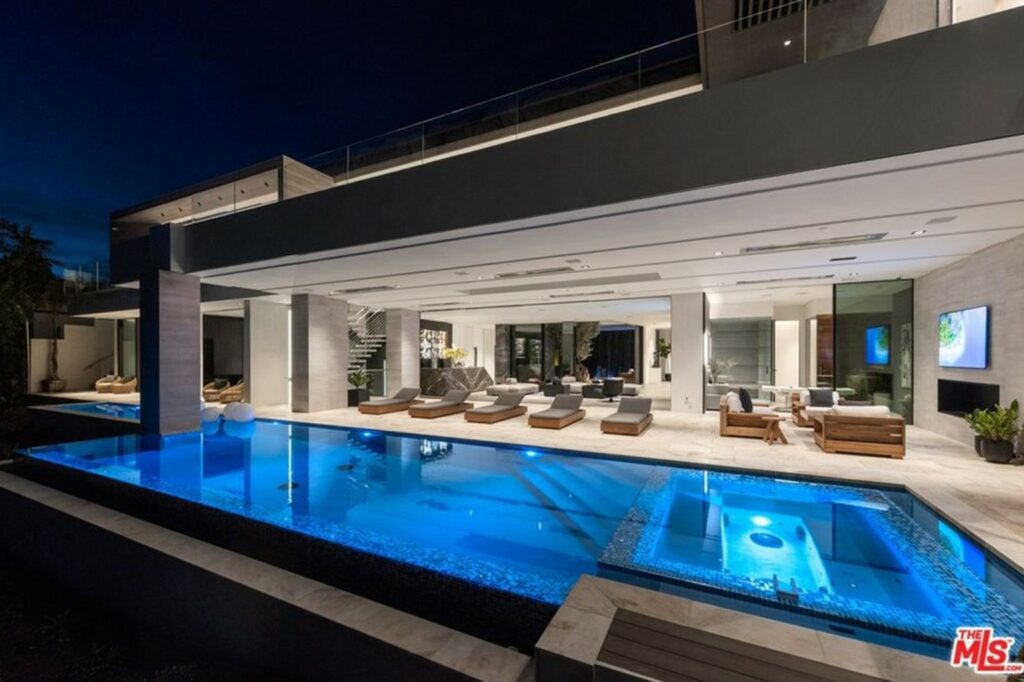 According to Forbes, Drake’s able to rent such a luxurious home due to an estimated fortune of $150 million. People With Money magazine ranks Drake as one of “the most successful singers of 2018, reporting a $46 million net worth between August 2013 and August 2018.”