High-fashion designer brand Balenciaga is being criticized for trying to sell what appears to be “saggy pants.”

In a case of what many are calling “gentrifying Black culture,” social media users are blasting the brand for attempting to culturally appropriate and commodify the saggy pants style that was created by Black people.

The brand is selling a pair of $1190 sweatpants called “TROMPE-L’OEIL” that appear to mimic “sagging,” a style originally popularized by Black youth. 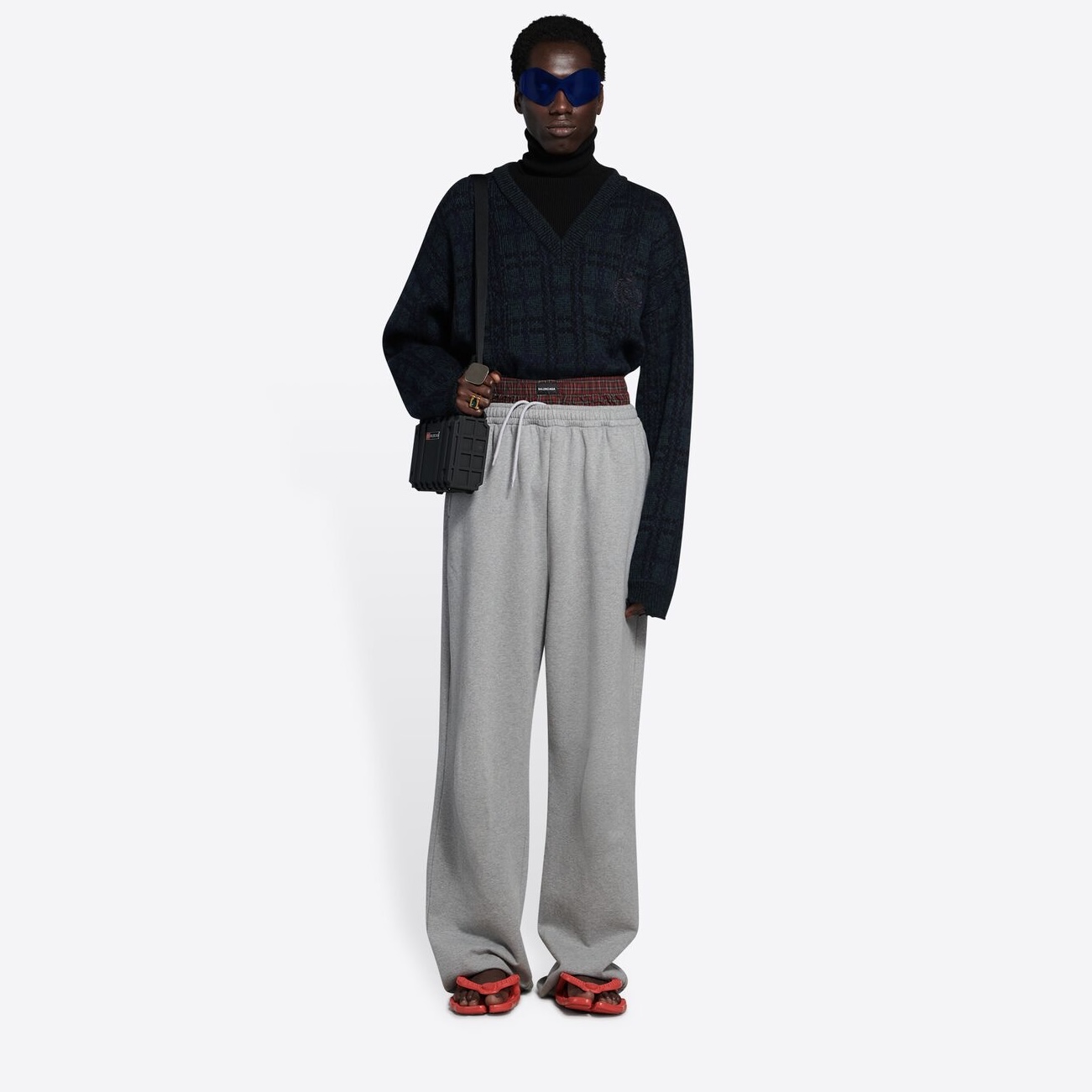 Now, people are taking to social media to criticize the brand.

One shopper posted a viral TikTok of the Balenciaga pants hanging on a store rack, which was then reposted on Twitter with the caption: “They’ve really just gentrified sagging.” Hot New Hip Hop first reported on the backlash.

This feels very racist Balenciaga,” one person says in the video as they inspect the pants. “They’ve woven the boxers inside the trouser.”

Adding insult to injury, sagging has been the subject of much ridicule and discriminatory practices for decades by authorities. In fact, the style has been outlawed in some cities as recently as 2019.

In Shreveport, Louisiana, a police officer shot Anthony Childs, a 31-year-old Black man, while attempting to arrest him for breaking the “saggy pants ban.” Childs died during the police chase, causing the ordinance to be later repealed.

“This actually pisses me off,” one user wrote in response.

This actually pisses me off. Do you know how many black men have been vilified, discriminated against and killed for this only for it to be marketed as high fashion smh

“Do you know how many black men have been vilified, discriminated against, and killed for this only for it to be marketed as high fashion?”

The incident comes after a number of fashion brands have faced criticism over attempting to culturally appropriate.

Prada pulled its $550 monkey figurine after social media users in the U.S. called out a strong resemblance to racist caricatures historically used to dehumanize Black people. Marc Jacobs had the Hadid sisters walk the runway in wigs of dreadlocks, sparking an uproar because of its spiritual significance in Rastafarianism.

According to a March report by The New York Times. Only four out of 69 high-fashion designers and creative directors are Black.

Balenciaga has yet to comment of remove the controversial pants.