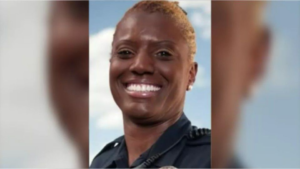 An Arizona officer resigned after being caught in the middle of an alleged PPP loan fraud scheme.

Former Phoenix officer Toni Richardson was arrested on accusations she submitted a fraudulent application to the Paycheck Protection Program (PPP) and received nearly $1.3 million in federal loans from the CARES Act, Fox 10 Phoenix reports. Richardson and another defendant, Willie Mitchell, applied for the funds for their business, “The Lotto Club,” an alleged nonprofit charity for veterans.

The indictment says that Richardson and Williams claimed they needed the money to keep the business afloat. The Phoenix Police Department confirmed that Richardson resigned following her arrest.

“The department was notified of the circumstances surrounding the arrest and immediately began the process to terminate employment,” the PPD said in a statement. “The employee submitted a letter of resignation prior to formal termination.”

“The city of Phoenix takes allegations of criminal conduct by our employees very seriously. The alleged actions of this employee go against the core values of the city and everything we stand for as public servants.”

In the loan application, Richardson and Mitchell claimed The Lotto Club had major payroll expenses of 85 employees and monthly labor costs of $500,000. But court documents show that Richardson was the business’s sole owner and didn’t have any payroll or employees.

According to filings with the state, The Lotto Club was incorporated in 2015 as a “social club.” But by 2021, an annual report listed it as a “charity for veterans.” Richardson initially filed for the loan in February while she was still on the Phoenix police force, Phoenix New Times reports.

She was arrested on Dec. 1 and resigned from the force shortly after. Richardson now faces multiple federal charges, including conspiracy, bank fraud, transactional money laundering, and forfeiture allegation.

Explore The Skies With This High-Powered Mini Drone