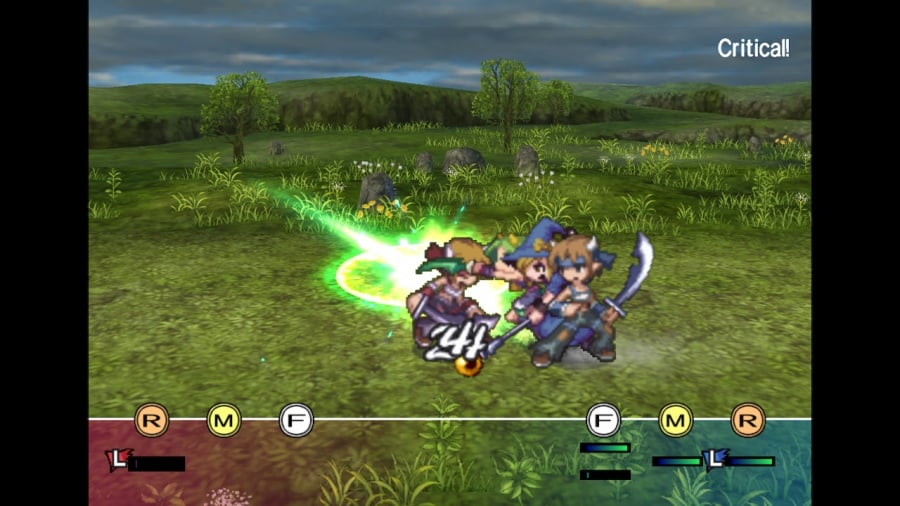 We live in a golden age of remasters and remakes when it comes to video games. It seems like every week there are more classic games that are getting new life on a current gen console. This might seem like a crass attempt to squeeze a few more pennies out of gamers (and in many cases it is), but it is also really important to the preservation of retro games. The latest remaster to hit Switch is the NIS Classics Volume 1 collection, which brings a pair of PlayStation 2-era tactical RPGs to the Switch.

The first of these games is Phantom Brave, which was originally released in 2004. The game is an isometric tactical RPG that follows young Marona on her quest for financial stability which inevitably dips into saving the world because that is how these stories go. How does she do this? Well, Marona is what is called a Chroma, someone who can see and interact with phantoms. In fact, she is continually tailed by Ash, a man who became a phantom in the opening moments of the game and serves as her caretaker and muscle in combat.

Combat consists of Marona using her ability to bind phantoms to objects on the combat grid and having them do her fighting for her. Across the combat field, there are numerous items, such as trees, flowers, and rocks. Binding phantoms to these objects will raise certain stats, so using a rock to bind a soldier will increase their defense while a flower will raise a mage’s intelligence and casting ability. 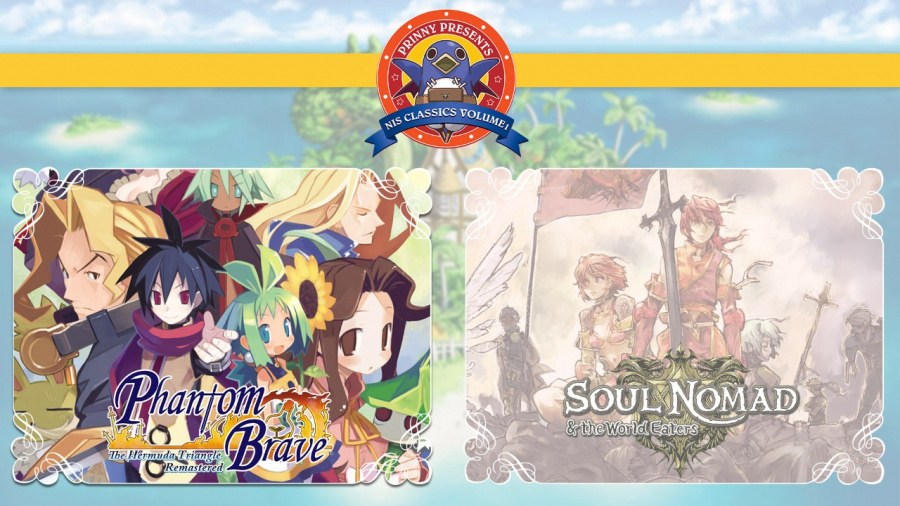 Phantoms can only be summoned in this way for a certain number of turns, so there are a lot of tactical considerations to go through when deciding to summon and when to hold back. Summon too early or too far away and players might spend the half the phantom’s turns just moving across the battlefield. The difficulty curve is fairly steep and the game throws a lot of concepts at the player in the opening moments, so a bit of grinding on the early levels to earn money and experience may serve you well.

The second game in this NIS Classics Volume 1 collection — branded as ‘Prinny Presents’ in a blatant (but understandable) marketing move to draw attention to these lesser-known titles — is 2007’s Soul Nomad & the World Eaters, another PS2 release. It is a suitably dramatic title for the story that unfolds, which includes a collection of giant city-destroying beings called World Eaters that have recently reactivated after more than 200 years of sleep. At the start of the story, the silent protagonist is given a black sword, which promptly turns out to have an ancient evil spirit inside it that attempts to take over the hero’s body.

Turns out Gig, the spirit in the sword, was the one who originally commanded the World Eaters and he would very much like to continue his work of destroying the world. So Gig enters a Faustian bargain with the hero, offering more power, but at the risk of taking over their body each time they use it. The story becomes a balancing act for the hero, attempting to stop the World Eaters by using Gig’s power without losing themselves in the process. 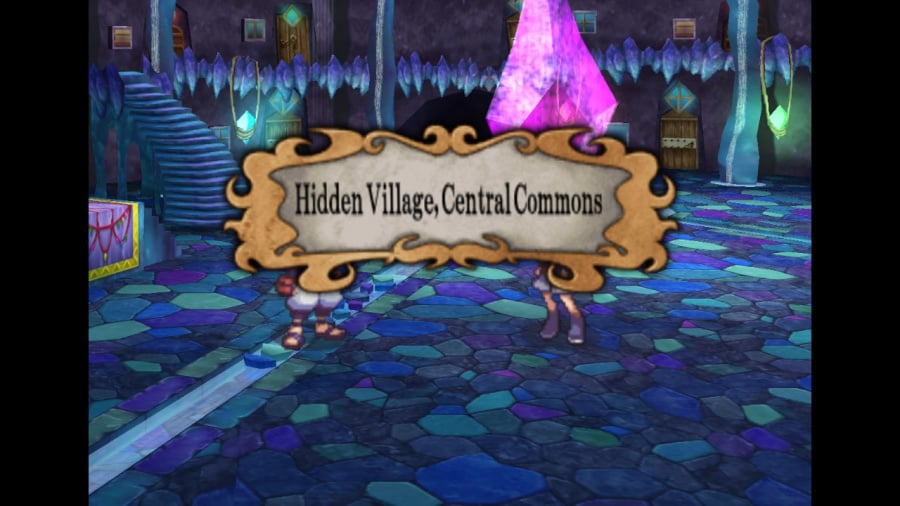 Similar to Phantom Brave, Soul Nomad consists of a series of isometric battle grids that the player can move around to choose their route to victory. Ahead of battle, new characters can be recruited and arranged into units that can be summoned onto the battlefield. Moving and attacking costs stamina, which can be regained by forgoing a unit’s turn. While characters do more damage the higher their stamina, certain abilities only become available when stamina dips below a certain level, so balancing these needs is one of the big keys to victory.

Both of these are much-loved tactical RPGs with their own cult followings. Phantom Brave, in particular, has seen releases over the years, including a Wii version in 2009. The NIS Classics Volume 1 collection includes all previous released content for both games as well as giving the sprites and artwork a bit of an upgrade. The sound remaster is particularly welcome, making the music in both feel more modern.

The trouble is that both of these games feel dated when seeing them played out on modern TVs. While the sprites look solid and relatively vibrant in handheld mode, docked mode stretches them just a bit too far. Additionally, both struggle with uneven voice acting, despite having some solid performers in the cast. Both Phantom Brave and Soul Nomad still feel very much like games made three console generations ago, which might be an appeal to some fans but feels uneven by modern standards. 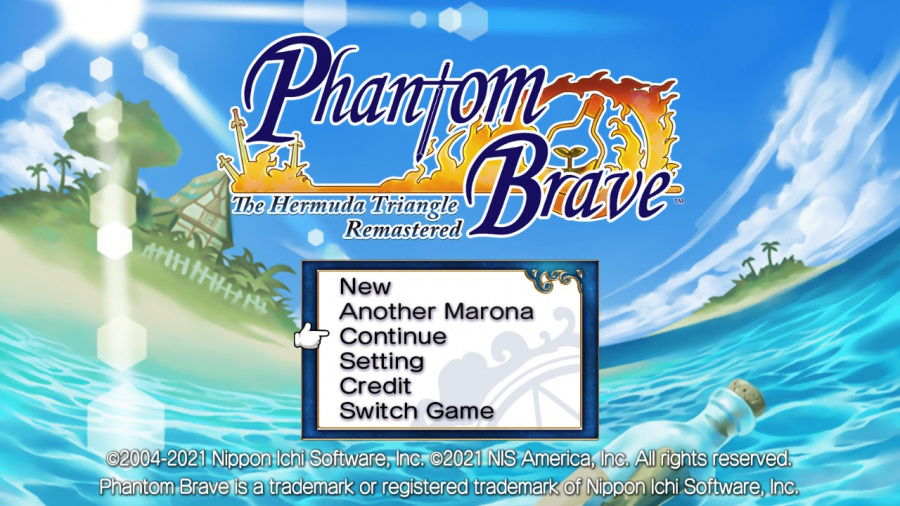 In addition to unattractive visuals and dodgy voice acting, the camera in Phantom Brave can be particularly unwieldy, causing no shortage of headaches when attempting to focus on an particular enemy or object when it is bunched together with others. Fighters can climb each other and enemies, creating stacks which would be very easy to discern with a mouse and keyboard but the joysticks of the Switch are a bit less precise.

Phantom Brave and Soul Nomad might not be the first games that come to mind when thinking about classic tactics titles, and despite our reservations, we’re glad to see them getting a new lease on life. For long-time fans of either, this is a collection worth picking up — getting to play these games together on a portable console will be a sufficiently appealing prospect.

There just isn’t enough of an upgrade from their original releases to recommend this one to new fans, though. The rough edges of both games in the NIS Classics Volume 1 collection have really started to show over the past 15 years and without a comprehensive overhaul — a total remaster or complete remake — it’s difficult to recommend this duo to anyone who isn’t a dedicated fan of tactical RPGs or these particular games.

We’re always fans of seeing lesser-known games in any genre get a bit of love and exposure to new players, and the two games in the NIS Classics Volume 1 collection both have a lot to offer tactics fans. Phantom Brave’s combat system is unique among tactical RPGs and Soul Nomad’s take on the hero’s journey is still interesting 15 years after its PS2 release. However, both games feel even older than they are; the unattractive visuals and uneven voice acting of this compilation re-release aren’t going to change anyone’s mind who wasn’t a fan before, nor prove attractive for a new audience.

Dying Light Is Leaping To Switch With New Platinum Edition