“Sir Charles” Barkley is one of basketball’s all-time greats. He was voted the NBA’s ‘Most Valuable Player’ in 1993 and has been named as one of the 50 greatest players in NBA history. Like so many popular sports personalities, “Chuck” got his own video game in the ’90s in the form of 1993’s Barkley Shut Up and Jam! for the SNES and Mega Drive / Genesis, which was followed by a Sega-only sequel in 1995.

Both titles are included in the Piko Interactive Collection 2 for the Evercade handheld, but, due to the nature of licencing, they’ve undergone some pretty drastic changes, as spotted by Twitter user @gosokkyu.

Charles Barkley is no longer the star and has been replaced by “Joe Hoops” – who, to our knowledge, hasn’t been part of the NBA All-Star team at any point. In fact, we have reason to believe he doesn’t even exist. Shocking, right? 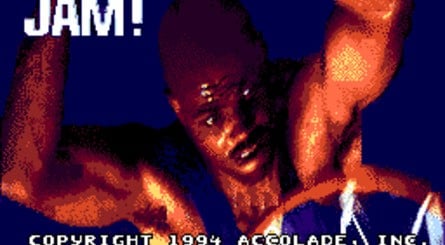 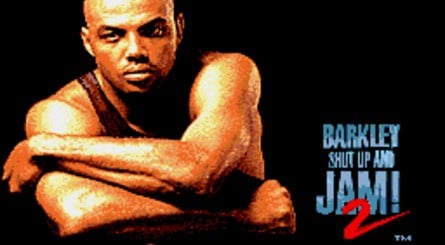 For comparison’s sake, here are the original (left) and “Hoops” (right) versions of Shut Up and Jam!

Just in case you weren’t aware, Piko Interactive is a company that hoovers up lapsed IP and repackages it for modern audiences. In addition to the Evercade cart – which contains several other games, such as Soccer Kid, Top Racer 2 and Power Football (formerly known as Mike Ditka’s Power Football) – Piko has previously republished SNES titles in physical form. In fact, it recently announced that four lost NES, SNES and N64 games are on the way this year.

As well as getting the Mega Drive sequel, Barkey Shut Up and Jam! inspired the fan-made PC RPG Barkley, Shut Up and Jam: Gaiden in 2008, which mixed the original game with the plot of Space Jam – the 1995 Michael Jordan movie which recently got a sequel itself.