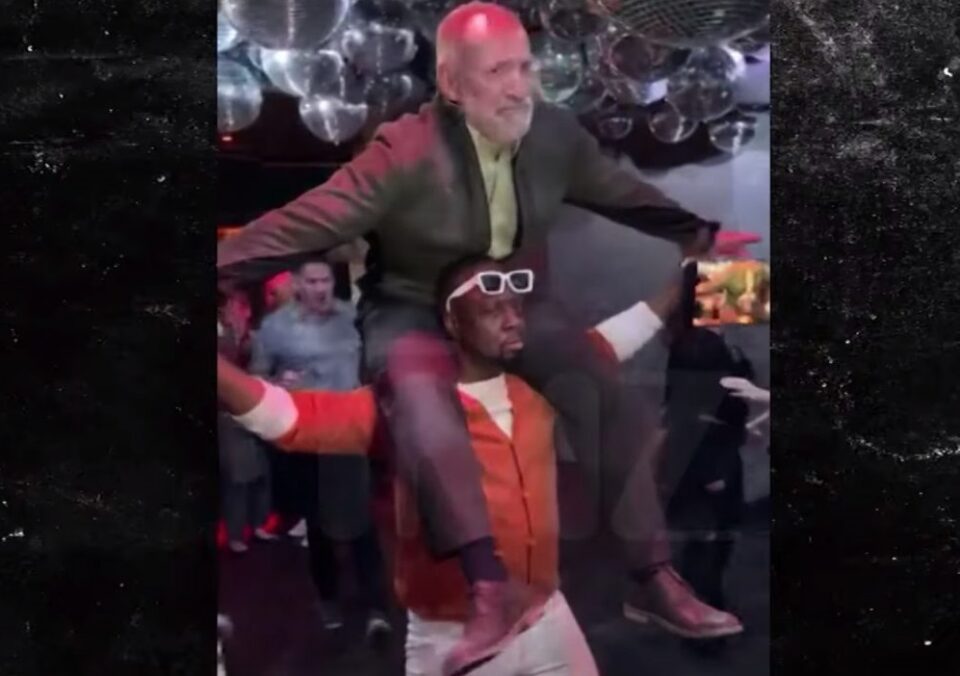 
What should have been a routine appearance for Wyclef Jean last week ended in embarrassment when the  rapper accidentally dropped Jaguar Land Rover North America CEO Joe Eberhardt on his head.

The incident happened in Los Angeles at an afterparty for the inaugural Range Rover Leadership Summit on Nov. 15.

In a video captured by TMZ, Wyclef, who was hired as the entertainment for the evening, can be seen performing the Fugees‘ hit “Ready Or Not” in front of the newly redesigned Range Rover.

He proceeds to invite the crowd to join him in the performance space before the video cuts to Wyclef DJing as the crowd dances around him. Before the clip ends, Wyclef is handed a drink by a woman who says she’s bringing it on Eberhardt’s behalf.

In another clip which has made the rounds on social media, Wyclef is seen carrying Eberhardt on his shoulders as the song “Your Love” by The Outfield plays.

Despite the fact that ‘Clef keeps his movements limited to a semi-circular motion, seemingly showing off his strength, the men lose their balance. Eberhardt dives headfirst to the ground, bringing Wyclef with him.

While no one was seriously injured, TMZ reports Eberhardt left the party at the Edition Hotel in West Hollywood a little shaken up and slightly hurt. Neither Range Rover nor Wyclef has addressed the incident.

On Wednesday, ‘Clef took to Instagram to reveal that his new source music library and jingle company SodoMoodLab had scored the new commercial unveiling the first redesigned Range Rover in a decade.