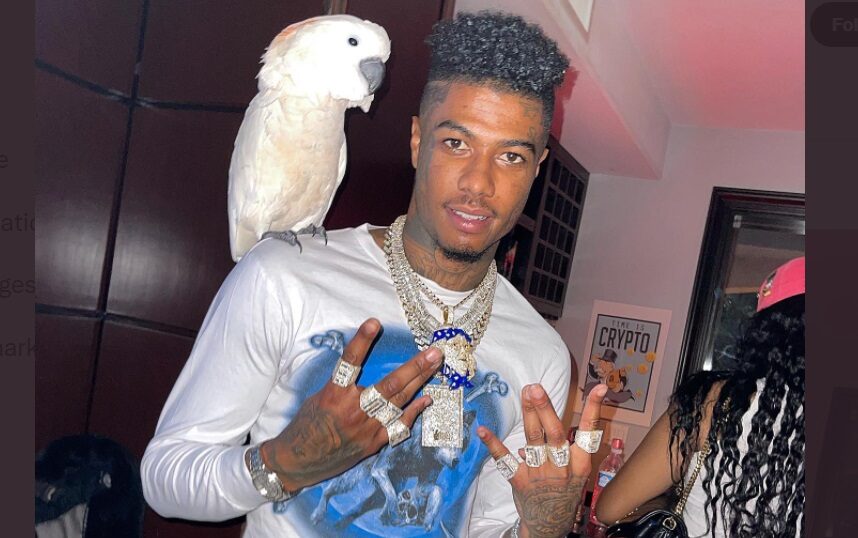 
There seems to be legal trouble ahead for the rapper known as “Blueface.” Sources told TMZ that the rapper attacked a doorman at a San Francisco venue on Sunday.

According to a report by TMZ, Blueface and two of his friends are accused of beating down a club bouncer and leaving him in stitches. The footage of the attack was posted online. The rapper had appeared at the front door of Skinny’s Lounge in the San Fernando Valley on Sunday night. As he and his friends approached, they were stopped at the door by a security guard and were asked to provide his identification.

Blueface reportedly informed the security guard that he didn’t have his ID and asked the guard if he knew who he was. According to reports, he even took out his mobile phone, Googled himself to show the guard who he was.  Evidently, that didn’t sway the guard to allow him in, so Blueface and his crew reportedly attacked the security guard, punching and kicking him for several minutes.
The video below seemingly shows the altercation. Apparently after they beat the man, Blueface took one last look at him. It appears the man doesn’t respond. Police officials stated that they received a report of a fight at Skinny’s some time after midnight and that one of the people involved was hospitalized with minor injuries. Police officers had taken a battery report and are now investigating the incident. The man who was attacked has not been identified.

According to reports, Blueface was involved in the Bare Knuckle Championship 19 fight last month where he defeated TikToker Kane Trujillo. After the bout, which took place at the Florida State Fairgrounds in Tampa, Jonathan Parra jumped in the ring and punched Blueface. Parra was eventually arrested and charged with trespassing on an occupied structure.