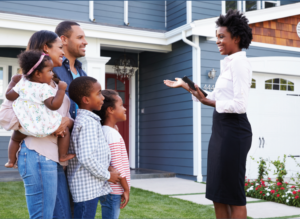 A  smart building platform for commercial real estate, Cohesion, has raised $15 million in Series A financing to grow in that technology space.

The financing for the startup was led by the Morgan Stanley Next Level Fund and Hyde Park Angels.

Chicago-based Cohesion reported it will use the funds for product and market expansion, including its digital twin technology for optimizing building environment and health. Its smart building platform growth is driven by rising costs and uncertain demand caused by a shift to hybrid workforces, per a news release.

“Bringing the power and promise of autonomous technology to commercial real estate is more critical today than ever before,” Thru Shivakumar, Cohesion’s co-founder and CEO, said

“As a leader in this emerging space, we have the technological capability to connect disparate systems and use big data to make buildings more transparent, healthier, engaging, and sustainable. Investing in technology that ensures commercial real estate is a positive contributor to our world is central to our company ethos.”

On the financing front, the Next Level Fund’s inaugural deal was with Cohesion. The fund invests in early-stage technology and technology-enabled companies with women or diverse members as part of the founding team. The fund builds on Morgan Stanley’s pledge to investing in diverse startups to promote financial inclusion and boost access to capital.

“We were pleased to co-lead Cohesion’s Series A with Next Level Fund’s inaugural investment. With the support of our corporate partners, Microsoft, Hearst and Walmart, we aim to accelerate Cohesion’s API-first technology platform to disrupt commercial real estate operations,” said Alice Vilma, co-portfolio manager at Morgan Stanley Next Level Fund said.

Comparing Indeed vs Craigslist for Employers