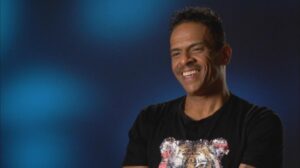 According to a statement released by his team via Facebook on Tuesday, R&B singer Christopher Williams is “in stable condition and resting comfortably.”

The update came hours after an Instagram post by fellow ’90s heartthrob Al B. Sure! spurred well wishes from fans and peers alike.

The post was immediately met with concern: despite having been relatively quiet professionally in recent years, Williams remains a fan-favorite, thanks to the success of his music in the late ’80s and early ’90s and his appearance in the cult classic film, New Jack City.

Williams’ meteoric rise was interrupted by several personal scandals, including a rape allegation, a child support-related arrest, and rumors that he had been violent with ex-girlfriend Halle Berry. As recently as 2017, the singer found himself in the news once again after being accused of stealing a pair of $99 headphones from an Atlanta-area retail store.

While he was promoting a spotlight on the popular TV One series Unsung in 2020, Williams spoke often of the next phase of his career. He told EURWeb that “Chapter 2,” as he referred to it, would find him working on films, producing music, and “using whatever platform God gives me to be a blessing to somebody who needs a blessing.”

Despite refuting the previous statements that have been made about Williams’ health, his camp did not provide any details about what the 52-year-old is being treated for, when he was hospitalized, or when he is expected to be released.

One Instagram user replied to the post by Al B. Sure! and asked if Williams’ current medical condition was COVID related, adding, “I know he contracted this about a week ago.” However, nothing on the singer’s social media pages made mention of a recent illness.