I’m of two minds when it comes to whether or not someone should play Resident Evil 4 VR. If you’ve never touched the original RE4, then by no means should you jump into this version; everything that made (and makes, for that matter) it important would completely go over your head in VR. However, if you have played Resident Evil 4 – especially if you’ve completed it numerous times over the years – then RE4VR should be played at all costs.

As the name implies, RE4VR is just that. It’s Resident Evil 4 but in VR. There’s an immediate novelty to the game’s perspective shift – bringing it into first-person allows an intimate look at the game’s world third-person could never afford. Being effectively a remaster of a 16 -year-old game, RE4VR shows its age at times – mainly when up close to certain muddy textures and assets – but it doesn’t look bad by any means. As someone who’s played the original more times than I count, getting the chance to see a 1:1 recreation of RE4’s levels, characters, and monsters was constantly amusing.

Changes specifically made for VR are also welcome in most cases. The giant interactable attache case where protagonist Leon Kennedy holds all his weapons and gear is a blast to assemble in VR. It feels as-close-as-possible to doing it in real life, even if you are more or less just playing Tetris with guns. Speaking of, the guns look fantastic. I had a great time holding up iconic weapons like the Red9 handgun and Striker shotgun and getting a good look at the added detail. Same with items throughout the world such as keys, money, and herbs. Everything can be picked up and examined before you throw it in your inventory. I’m sure I looked like an idiot to all my neighbors constantly staring at my hands, but they didn’t know I was looking at a yellow herb up-close-and-personal for the first time – their loss.

Combat received the most significant overhaul in RE4VR, and it’s what sent me over the moon. Famously, the original changed the typical third-person camera perspective from fixed angles to the now-modern behind-the-back view. But it still featured tank controls, meaning Leon only moved in the direction he was facing. Additionally, he couldn’t move while aiming or shooting. While it was revolutionary for the time, there’s an obvious narrative and mechanical dissonance in the original’s gameplay. The game pitches Leon as some American Badass action hero, but once you control him, you’re still bumbling around like the same old fool of past Resident Evils. RE4VR completely ditches this model if you choose to play with full-motion turned on instead of teleporting. I can’t recommend it enough; it marries the mechanics and story in a way the original never did. 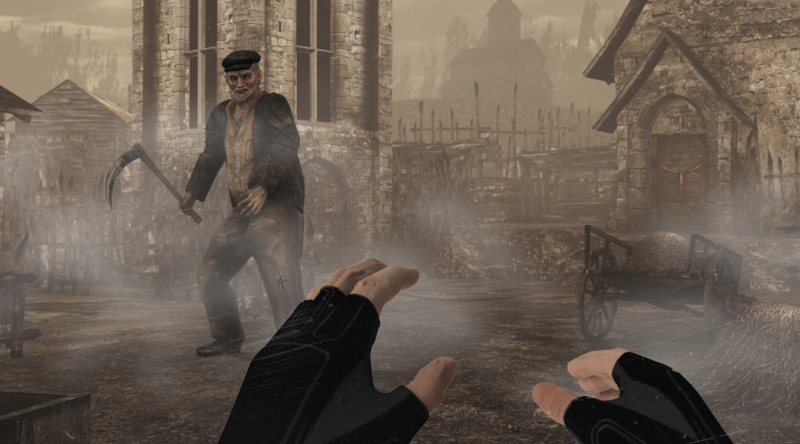 Running around a combat arena freely profoundly changes the way enemy engagements work in RE4. Rather than try and line myself up with a row of enemies, doing as much damage as I can before they reach me, I was constantly on the move, adapting my playstyle to the moment and acting offensively against enemies rather than defensively. From the get-go, I had a blast running around shooting enemies like some virtual reality John Wick. I figured RE4 would never feel “new” to me again at this point in my life, but RE4VR completely changed how I played one of my favorite games. It felt fresh, exciting, and wholly different from every playthrough of RE4 I’ve had in the last 16 years. For the first time in ages, I was no longer going through the motions, and iconic moments like the early village encounter, the El Gigante fights, and the minecart rollercoaster have rarely been more fun. 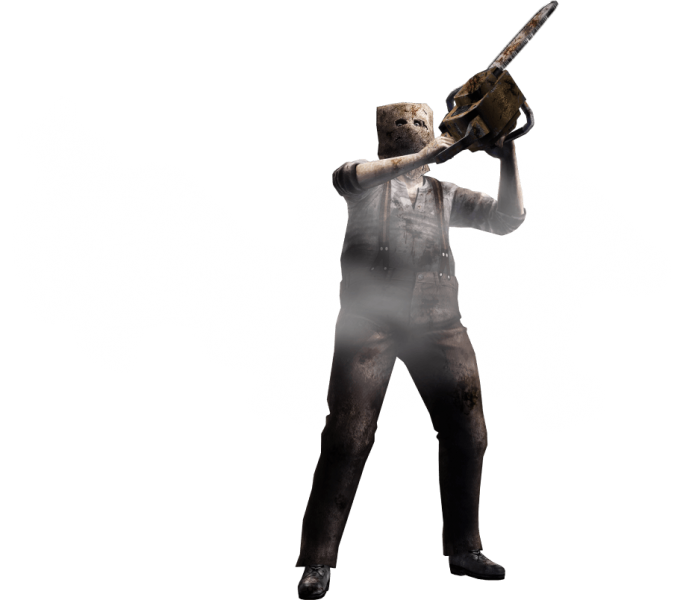 Moving RE4 into first-person also does a lot for its horror – though it’s still not the scariest thing you can play on the market. There’s an inherent tension to being surrounded by enemies in VR, especially when you become overwhelmed. The many impossibly large bosses are also incredibly menacing when you see them towering far overhead. More than once, RE4VR put my heart in my throat as I frantically tried to out-maneuver whatever threat was closing in on me. Occasionally, this exacerbated some issues with the tracking on two-handed weapons, which would not register one of my hands or an input such as cocking a shotgun or aiming down a scope. Luckily, this was few-and-far-between but still led to some annoying deaths. Until I unlocked the Striker, which let me shoot an automatic shotgun with one hand like I was Arnold Schwarzenegger in Terminator 2 – but cooler.

In 2020, I played the original RE4 front-to-back three times. It’s something I usually play for comfort; I can load up and blast through without much thought. RE4VR completely turned my relationship with a game I know better than most on its head. If you’re a fan of RE4, have access to an Oculus Quest 2, and don’t mind the morally and ethically questionable need to have a Facebook account to play an Oculus game, I can’t recommend RE4VR enough. It’s like breathing new life into an old, familiar feeling.

Say Goodbye To Writer's Block With This Content Starter Plan