The Royal Institute of British Architects has announced 54 winners of the 2021 RIBA National Awards for architecture including a floating church, the MK gallery and a mosque in Cambridge.

Awarded annually since 1966, the RIBA National Awards celebrates the best buildings in the UK.

This year’s 54 winning projects were chosen from the shortlist for the 2020 RIBA Regional, RIAS, RSUA, and RSAW Awards after last year’s awards were postponed due to the coronavirus pandemic.

Included on the list are numerous educational projects, including the Centre Building at LSE by Rogers Stirk Harbour & Partners and the School of Science and Sport by OMA at Brighton College.

“There are a good number of well-designed school and university buildings that are powerful investments in the future, and I am sure they will inspire young people, their teachers and communities,” said Alford.

“I am also thrilled to see many of these make creative use of existing structures. Well-designed education facilities should be the rule rather than the exception – every child deserves an effective learning environment, and these projects provide rich inspiration.”

Alford also drew attention to the number of projects that adapt and extend existing buildings.

These included the extension to the MK Gallery in Milton Keynes by 6a Architects (pictured top) and Grimshaw’s renovation of its former Herman Miller factory into a building for Bath Schools of Art and Design. 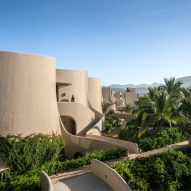 “When a new building is essential, we need to make sure it will last and serve the future well – so it needs to be flexible and reusable,” he said. “Long life; loose fit; low energy architecture is the present and the future.”

“It is therefore very encouraging to see restoration and sensitive adaptation feature so prominently this year; with many buildings acknowledging their history, the needs of the present and the potential of their dynamic future,” he added.

The 54 national winners form the longlist for the Stirling Prize – the UK’s most prestigious architecture award. The Stirling Prize shortlist will be announced next week with the winner revealed on 14 October.

See the full list of winners, divided by RIBA region, below:

Video: Here's A Closer Look At The Fighting Mechanics In Nickelodeon All-Star Brawl