Each year, millions of Americans travel to Mexico in search of warm and beautiful beaches, colorful little towns, shopping and, of course, delicious traditional Mexican cuisine. One of the best food destinations is Mexico’s second-largest city, Guadalajara, located in the tequila-rich state of Jalisco. But traversing through the city and surrounding rural towns reveals another group of hungry food seekers — Guadalajara’s street dogs.

The National Institute of Statistics and Geography states that nearly 70% of Mexican households own pets. It’s common to see owners walking the streets, shopping and eating out with their furry companions. Veterinary care has risen exponentially in recent years with dogs becoming more like family members, living indoors and receiving preventive healthcare.

Regardless, more dogs are ending up on the streets. The pandemic has exacerbated the problem as more people have found themselves jobless and downsizing during tough economic times. In some cases, the dogs are the first to go.

Meet Lawrence Smith, an American ex-pat who’s been saving street dogs in Guadalajara for over 20 years. “At first I started taking those off the street that were abused and abandoned,” Lawrence says. “They were scared. Soon I had 75 dogs in my house and had to find a bigger place.”

Six years ago he officially founded his 501(c)(3) nonprofit Saint Vincent’s Home, a no-kill shelter for stray dogs located on the outskirts of the city. Here, he works tirelessly to save as many as he can. “We have nearly 300 dogs currently, with very little resources to care for all of them,” he says. Food and veterinary costs are his biggest expense. “We spay or neuter every dog we bring in, and each one gets a full medical examination,” Lawrence says. While he receives some local support along with donations from his Facebook followers in the United States, his limited retirement income is needed to cover most of these costs. “It’s overwhelming, but we always seem to find a way to squeeze one more in,” he says. “These dogs deserve a second chance.”

I can personally vouch for Mexican dogs. My wife adopted a Border Collie mix named Capitán from Mexico City. We have fun teaching him English! But sometimes when he hears Spanish or smells tacos, his ears perk up and his mood changes. Perhaps it’s true what they say … you can take the dog out of Mexico but not the Mexico out of the dog.

So next time you travel south of the border, consider a trip to vibrant Guadalajara. And while you are there, stop by Saint Vincent’s Home. You might just fall in love. 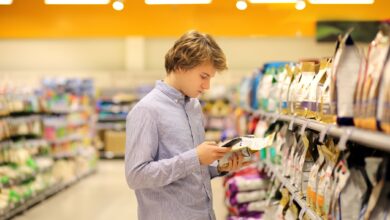 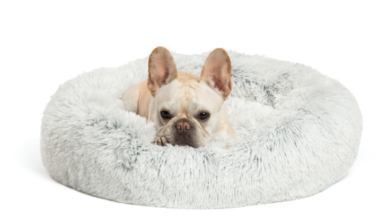