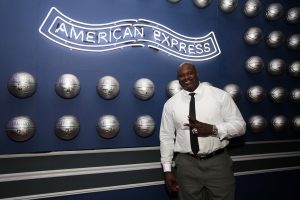 Shaquille O’Neal could have yet another side hustle as a financial advisor!

The TNT commentator and National Basketball Association (NBA) Hall of Famer has made almost $300 million during his playing days and is the seventh highest-paid player in NBA history.

He is an entrepreneur and astute businessman, product endorser, and investor who keeps adding money to his financial portfolio. It’s safe to say that he is definitely the guy to listen to for sound financial advice.

Although he no longer plays, O’Neal’s sound financial advice would be beneficial for young and old professional sports players. Although he gave this advice back in 2017, the suggestions he states still hold firm in acquiring and then maintaining financial stability.

“The NBA does a great job of, you know, preparing people and warning people,” O’Neal continues. “But you know, sometimes you just get so much money and you forget, like if you’ve got a five-year deal worth $100 million, you’re making $20 million, you spend like, $20 million in the first year, you’ll be like, You know what? I’ve got another $20 million coming. That’s how guys are thinking. I always tell them “Don’t think about what’s going on now. Think about what has to happen in the future.”

According to Sportscasting, O’Neal had made roughly $286.3 million. The behemoth superstar split his time in the NBA with the Los Angeles Lakers, Orlando Magic, Miami Heat, Phoenix Suns, Cleveland Cavaliers, and Boston Celtics.