A new trend in home buying shows women are ditching the traditional custom that marriage should precede homeownership.

The trend is encouraging not only in terms of women’s increasing financial independence but also because it may chip away at the gender wealth gap, given homeownership’s role in wealth building.

But women still face challenges with real estate investing. They’ve come a long way from being deemed subordinate to their husbands, but they still earn less income and lag behind men in terms of financial literacy and confidence in the home buying process. Fortunately, robust resources are available to women who want to become homeowners and real estate investors.

According to a recent Bank of America study, a whopping 92% of women agree that buying a home is a great accomplishment, and 87% believe they don’t need to be married to pursue homeownership. In fact, 65% of single women would rather buy a home while single than wait for the right partner.

It’s smart to value homeownership—it’s the primary source of wealth for American families. The National Association of Realtors estimates that a homebuyer purchasing a single-family home at the median sales price 10 years ago could earn $225,000 by selling that home at the median sales price today. Of course, strategically investing in real estate can yield even greater returns.

But there are greater obstacles to homeownership for women than for men. 74% of single women are waiting to feel more financially stable before purchasing a home, but achieving financial stability comes with challenges.

For many years, research has shown that women pay higher mortgage rates than men. The most recent analysis of data made available through the Home Mortgage Disclosure Act revealed that women get stuck with higher mortgage rates in 49 states. For example, in Mississippi, single women paid an average rate of 3.47% for a 30-year, fixed-rate mortgage in 2019, compared to the average rate of 3.37% paid by single men.

While it seems small, the higher rate would result in about $7,000 extra in mortgage payments over a 30-year period. Considering that women already earn less than men based on several studies on gender pay gaps, the rate difference exacerbates financial inequality between the genders.

It’s difficult to pinpoint whether mortgage lending discrimination contributes to the difference since several other factors are at play. Most of the discrepancy can be explained by women’s lower incomes, their historical lack of confidence in the home buying process, and the way they shop for mortgages. The good news is that women have access to resources that can mitigate some of these factors.

While the wage gap has shrunk significantly since women entered the workforce, women still earned 17% less than men on average in 2021. Much of the gap is due to the occupations women choose and differences in hours that occur because women often take on family caregiving duties.

But the gender wage gap can’t entirely be explained by these factors. About 41% of the gender pay gap is due to factors we can’t quantify. In almost every industry, women earn less than men, even when accounting for education and experience. Some experts contend that some discrimination is likely, even if it’s unintentional, but once again, it is very difficult to prove.

Income is the main determining factor in qualifying for a mortgage, so it’s a big reason why women are denied mortgages at higher rates. Also, a higher debt-to-income ratio can result in higher mortgage rates, putting women at a disadvantage when buying a home.

According to data from Freddie Mac, almost 60% of single, head-of-household women renters believe homeownership will never be possible. And fewer than half feel confident in their knowledge of the home buying process, including understanding the types of mortgages and how to evaluate interest rates and terms.

63% of women report not knowing how to start the process, while 55% say they don’t know anyone who can help. Three-quarters of women also believe that a mortgage would be more costly than renting, even though mortgages are more affordable than rents in most housing markets in the U.S.

Single women can take steps to develop a better understanding of homebuying, and demystifying the process can go a long way in increasing women’s confidence. A variety of resources for women homebuyers and investors are available online, and women can access a particularly robust set of educational materials through BiggerPockets’ InvestHER community.

Issues with women’s confidence in the home buying process are exacerbated by the financial literacy gap between genders. Women tend to lag behind men in their financial knowledge, in general, and with regard to mortgages. There’s a cultural explanation for this—more people believe it’s important for men to be providers than women, and men more often make financial decisions for the household, which builds their financial knowledge. Studies have also shown differences in how parents talk to their sons and daughters about finances.

The financial literacy gap is reflected in women’s self-assessment of their mortgage knowledge. Only 21% of women first-time homebuyers report feeling very familiar with available mortgage types, compared to 27% of men buying homes for the first time, according to a LendingTree study. And just 28% of women first-time homebuyers say they’re very familiar with the current mortgage rates, as opposed to 37% of men.

But the difference that is costing women the most is that they tend to be less likely to shop around. 21% of women apply to multiple lenders, compared to 23% of men. LendingTree estimates that skipping the rate comparison process could be costing women $1 billion every year.

That’s not counting the higher rates women already pay on the mortgages they do apply for, which may be caused by weaker credit characteristics.

Are women’s credit profiles less attractive to lenders? It’s difficult to say with accuracy. Thanks to the Equal Credit Opportunity Act, credit reports aren’t attached to demographic characteristics, so data about gender and credit history don’t typically come from the same sources. Analysts have imperfect data to work with when determining disparities in credit scores.

That’s likely why the credit bureau, Experian, has found going back several years that women have about the same average credit scores as men, while other studies have shown different results. It’s also possible the credit score gap is concentrated in the young, single population, which is the segment of homebuyers we’re concerned with. For example, a 2018 report from the Federal Reserve showed that single women under 40 have somewhat lower credit scores than demographically similar single men.

In any case, a 2016 Urban Institute study found that a higher percentage of mortgages taken out by single women are subprime, and women both pay higher mortgage rates and face higher denial rates than men. Yet women are better at keeping up with their mortgage payments than men. With all other credit characteristics held constant, single-women borrowers are less likely to default than single men. Credit scores are therefore flawed as predictors of responsible payment behavior, and women are shouldering the negative impact of that fact.

Why Women Should Invest in Real Estate

Women may lag behind men in financial literacy, but they’re savvier than they think when making financial decisions. Though they have more self-doubt than men, they’ve proven to be very good at investing, and they save a higher percentage of their earnings than men. The diligence and consistency with which women manage their finances set them up to be successful real estate investors.

Research shows women are also more risk-averse than men when it comes to making financial decisions. The best way to deal with risk aversion isn’t to avoid investing, since that comes with its own risks, but rather to diversify your portfolio of investments. Real estate investments, whether passive or active, can be an excellent way to provide diversification. During most market downturns, real estate prices have held steady or continued to appreciate.

For women who feel discouraged, just acknowledging the confidence gap in the homebuying process can help to shrink it. Self-education can go even further in helping women feel prepared to begin the home buying process.

If you’re looking for a place to start, join the InvestHER community to learn from other women real estate investors who are already making it work. You’ll find blog articles and podcasts you can explore on your own time, as well as live webinars and in-person events. The sooner you begin your real estate investing journey, the longer you’ll have the chance to build wealth. Let’s shrink the gender wealth gap together, one woman real estate investor at a time.

The Real Estate InvestHER Show delivers straight talk and inspiration for current and aspiring investors to live both balanced and financially free lives. Co-hosts, Liz Faircloth and Andresa Guidelli, bring on rockstar women investors who open up their lives and share practical tools for investing, running businesses, and taking care of their families – and themselves. 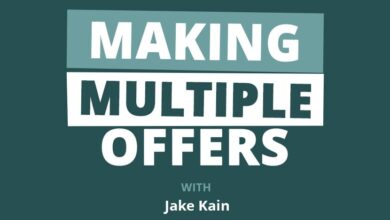