This 3D hack and slash revamp/sequel sees players return to battling robot enemies using a variety of combo-tastic moves in a brand new chapter of the fast-paced single player arcade adventure. If you missed out on the first Switch game, the trailer above gives a decent idea of what the game’s about, and here’s a little textual flavour of what to expect from the official PR blurb, too (plus a couple of pics):

You battle against robots using standard attacks, as well as combo attacks. By crushing the enemy, you can open up the way forward. By attacking the enemy, you can gain skill points, allowing you to unleash devastating attacks on large groups of enemies all at once. After clearing each stage, use the coins you have collected to strengthen your character, allowing you to take on even more enemies. You can also use coins to purchase different costumes with various abilities. 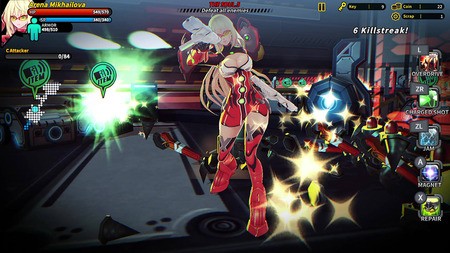 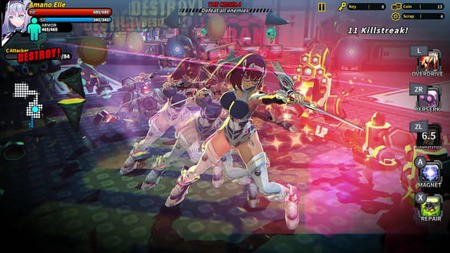 The first game in the series didn’t score too many reviews of its Switch incarnation back when it initially released but the PC version is sat on a mostly positive review rating over on Steam, with fans pointing to some surprisingly well developed combat mechanics and tough challenge modes.

From what we’ve seen of this one so far, it looks pretty tasty and this new entry even comes with the original game included, so you’ll be able to catch up if, like us, you missed it first time around.

Have you played the original Smashing Battle? Will you be checking out this sequel? Let us know in the comments below.

Here’s Your First Look At Edge In WWE 2K22