When it launched in 2010, Sonic Colors was considered one of the best Sonic the Hedgehog games in years. By providing fun, well-designed levels, tighter controls than any 3D Sonic game to that point, and new powers from alien creatures called Wisps, Sonic Colors delivered a solid experience and laid the groundwork for future 3D Sonic titles. However, thanks to its Wii exclusivity, the game has been stranded on the obsolete platform and many players have missed out on the experience. That changes next month, however, as Sega, Sonic Team, and developer Blind Squirrel Games are bringing a remastered version of the title to modern platforms through Sonic Colors: Ultimate.

With this release, Sega hopes those who missed out on the game the first time around will obtain more context for where the series went in subsequent games. For example, the Wisps have appeared in multiplatform follow ups, including Sonic Generations, Sonic Forces, and Team Sonic Racing. Sonic Colors essentially serves as not only an introduction to these creatures, but an origin story for how they came into Sonic’s world. Not only that, but because Sonic Colors influenced the direction of Sonic games going forward, Sega thought it was a great title to remaster for modern systems. 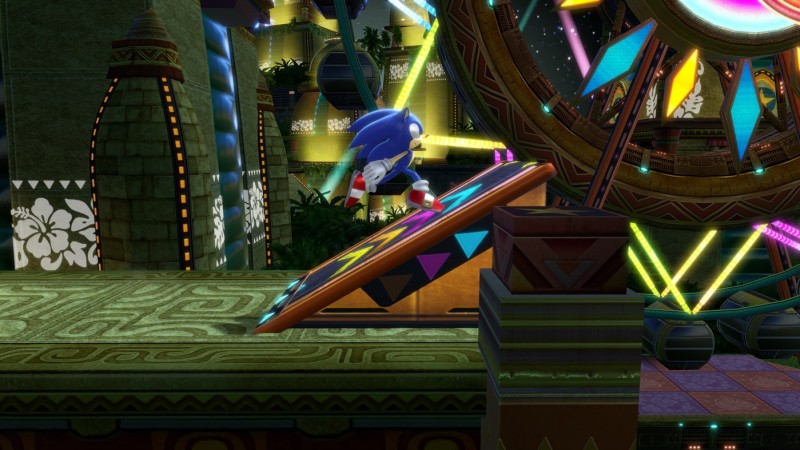 As with most remasters, Sonic Colors: Ultimate adds a nice, new coat of paint to the aged graphics. Because the transition was from the Nintendo Wii, which outputs in 480p, the leap forward is substantial. This new version not only improves the lighting and adds additional polygons, but Ultimate also supports 4K resolution and 60 frames-per-second performance. “Back in 2010, this was on screens that were less pixels than your smartphone, so making that step up […] was a huge undertaking,” Sega associate producer Calvin Vu says. “We definitely want to make sure this game looks good, up to the standards of today.”

I had a chance to play Sonic Colors: Ultimate for just over 30 minutes, and while the demo was virtual, meaning the visual quality and controls weren’t quite as sharp as they would be locally, I still came away impressed, particularly by how the game does look compared to the original 2010 version. The graphics, environments, and character models don’t look nearly as good as those you would find in a recent game like Sonic Forces, but for a 2010 Wii title, Sonic Colors: Ultimate looks stellar in motion. 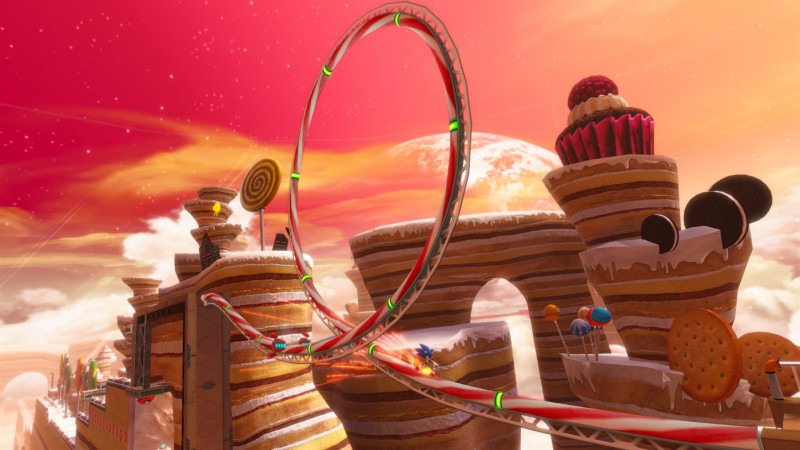 Additionally, the development team remixed the audio, including the soundtrack. The sound effects now sound crisper, and the music features new versions of songs you already know if you played the original. Many of these visual or audio upgrades were possible on the far-less-powerful Wii, but thanks to the modern platforms, Sega was able to add them into this remaster.

Another thing that wasn’t possible on the Wii thanks to technical limitations is character customization. Now, players can unlock new cosmetics for Sonic, including things like new shoes, gloves, boosts, and auras for Sonic. For example, you can now surround Sonic in flames with an ice boost, while he sports cheetah-print gloves and different color shoes – it may not be the prettiest or most iconic look Sonic has ever sported, but it’s the look you choose for him. These customizations are earned through Park Tokens, which you find playing the game. 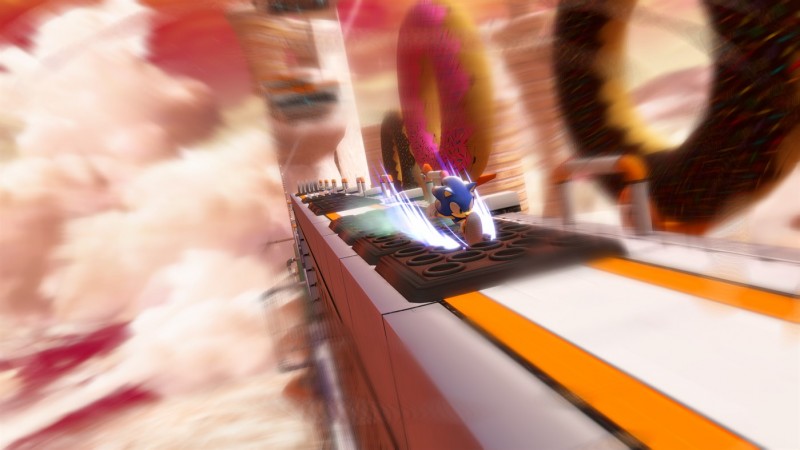 A large part of Sega and Blind Squirrel’s efforts have been centered on making Colors more approachable for new players. To help accomplish this, Ultimate adds in a new Tails Save mechanic, where if Sonic falls, rather than losing a life, if the player has a Tails token, Sonic’s two-tailed friend will pull him back up on the ledge. During my hands-on demo, I appreciated this mechanic, as pits come up quick in Sonic games, and it’s never fun to lose progress in a level just because you were taking advantage of the game’s main selling point: speed.

The Tails Save mechanic is just one example of the quality-of-life improvements Blind Squirrel and Sega have implemented in this title. From improving the wall-jump controls to allowing for players to completely remap their controllers, Ultimate is hoping to present the clear best version of the game. “There’s been tweaks and adjustments here and there just to make it more and more accessible,” Sega producer Aaron Roseman says. “That way it’s less punishing, less grueling for them and more exciting to play. At the end of the game, our goal was to maintain the fun of the original title while introducing these new features.” 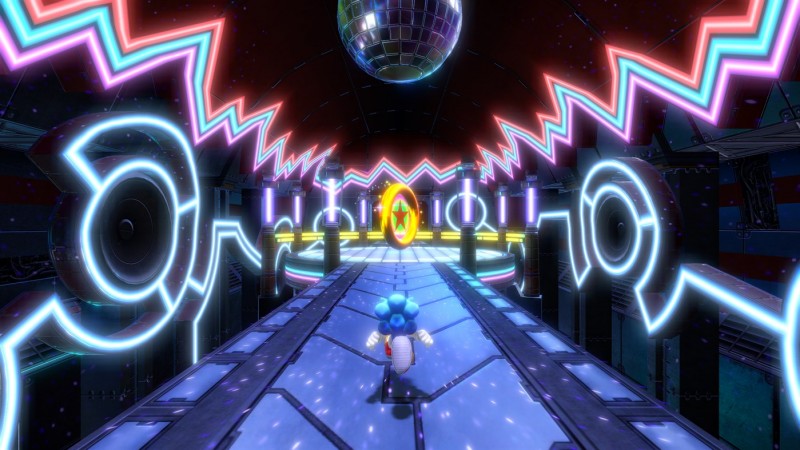 From a gameplay perspective, players can expect a new Wisp: the Jade Ghost. This new power was first introduced in 2019’s Team Sonic Racing, and now retroactively joins the story of Sonic Colors through Ultimate. This new Wisp grants Sonic the ability to pass through obstacles, giving him access to areas that were previously inaccessible. Players can also look forward to a new Rival Rush mode, where you race head-to-head against Metal Sonic to earn rewards.

Sonic Colors: Ultimate launches on PlayStation 4, Xbox One, Switch, and PC on September 7. To see the game in action, check out our episode of New Gameplay Today.