Sony Pictures Entertainment and PlayStation have released the first official trailer for their upcoming Uncharted movie. It features all the action and quips you’d expect (although we could use a little more mustache).

In the trailer below, we see what appears to be Tom Holland’s Nathan Drake and Mark Wahlberg’s Victor “Sully” Sullivan meeting for the first time in a bar. The banter between that fans of the game franchise know and love makes an appearance immediately, with the two leads quipping about each’s respective age and appearance.

The trailer focuses on how locations and treasures become lost to time as well as Drake’s inherent need to find said lost places/buried treasures … and so the escapades begin. The movie doesn’t appear to be directly following any single Uncharted game, but rather, it seems to be lifting elements from multiple.

For example, Drake discovers two ships (that look pretty pirate-y) in a water-filled cavern reminiscent of the final act of Uncharted 4: A Thief’s End. Then, we see Sophia Taylor Ali’s Chloe Frazer, who becomes one of Drake’s romantic interests in the games. Chloe doesn’t appear in the series until Uncharted 2: Among Thieves, so the movie is taking some inspiration from that first sequel.

The back half of the trailer features a recreation of the iconic desert plane sequence in Uncharted 3: Drake’s Deception. Just like in the game, we see Drake hanging on for dear life to cargo attached to a plane flying high above a massive desert. 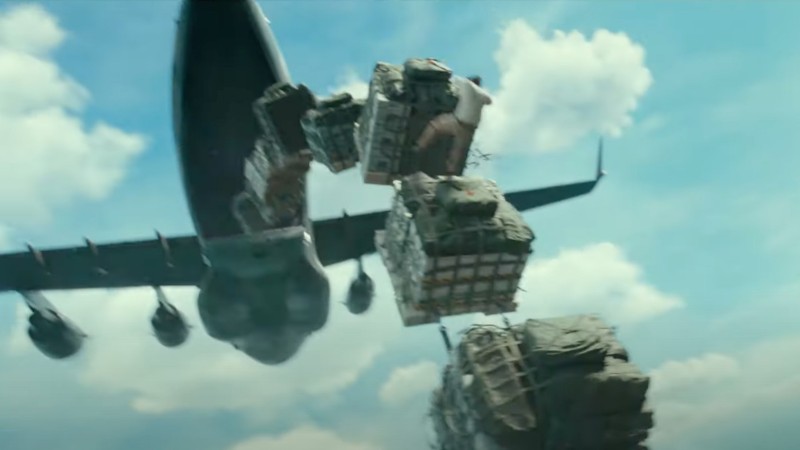 Elsewhere in the trailer, we hear mentions of Drake’s brother, Samuel Drake, who seems to be already “lost” in the movie’s universe, as we hear Drake mention that his brother Sam left him one last clue. We also see and hear Antonio Banderas’ as-of-yet-unannounced antagonist too. 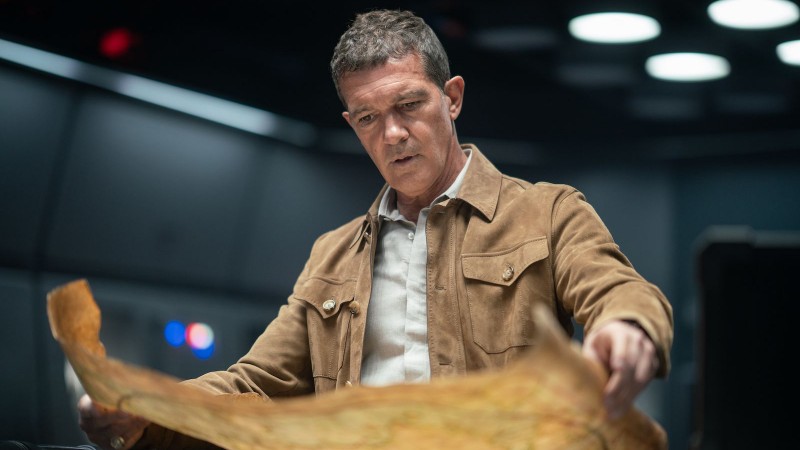 To celebrate the trailer’s release, Neil Druckmann, the co-president of Naughty Dog, the studio behind the Uncharted series, penned a letter to fans.

“Today, we’re humbly and incredibly excited to show you the world premiere of the first official trailer for the much-anticipated Uncharted movie – starring Tom Holland, Mark Wahlberg, and Antonio Banderas,” Druckmann writes. “In a collaboration between Sony Pictures Entertainment, PlayStation Productions, and Naughty Dog, we captured the spirit, spectacle, and heart that Uncharted is known for (and some of you will recognize some of the humor, landmarks, music, and relics).”

Druckmann said that in discussions with Uncharted’s director, Ruber Fleischer shared that he “made the movie for both hardcore fans of the game and those who are not yet familiar with the franchise and believe that both will be equally entertained by this incredibly fun and action-packed film.”

Uncharted will release exclusively in theaters on February 18, 2022.

If you’re looking to catch up on the Uncharted series before the movie is released, start by checking out Uncharted: The Nathan Drake Collection, which features the first three games. Check out our thoughts on them in Game Informer’s Uncharted series reviews. You’ll be able to play Uncharted 4: A Thief’s End and Uncharted: Lost Legacy on PlayStation 5 and PC in early 2022 via the Uncharted: Legacy of Thieves collection too.

What do you think of this trailer? Let us know in the comments below!

Masahiro Sakurai Details How Sora Finally Made It Into Super Smash Bros. Ultimate

Samsung warns of 32% hit to profits on chip slump