This classic and easy Southern Cornbread Dressing is a staple at our holiday table. It’s a traditional dressing recipe with a modern twist!

You can use the recipe for my delicious Sour Cream Cornbread for this recipe if you want use homemade cornbread!

Cornbread dressing is a holiday tradition at my house. This recipe has made its way onto our Thanksgiving table for years, ever since my youngest son decided he liked to bake his own cornbread! I have included the instructions using dried, package cornbread mix, but making this recipe with  homemade cornbread makes it EXTRA delicious!

This recipe  is for classic cornbread dressing, but with a few extras to make it unique and extra delicious! The addition of bacon and pecans adds tons of flavor and texture. Plus, I love adding a little fresh thyme along with sage. The thyme adds a little brightness that I adore.

What Is Cornbread Dressing?

Cornbread dressing is the ultimate side dish at the holidays. Turkey, stuffing and mashed potatoes are the holy trinity of Thanksgiving dinner! Cornbread dressing is made from stale cornbread, mixed with seasoning, vegetables, chicken broth. A little melted butter on top makes everything better and it’s all baked and delicious! My recipe has a tweaks to the classic to make it really special!

What Is the Difference Between Stuffing and Dressing?

Whether it’s a regional distinction, or the actual literal definition, the simple answer is that stuffing is the mix of dried bread and seasonings STUFFED inside the cavity of your turkey or chicken. Dressing is baked separately from the bird, more like a casserole.

Here’s a list of all the ingredients you will need for cornbread dressing, but note the full recipe and ingredients with measurements in in the recipe card at at the bottom of the post!

How To Make Cornbread Dressing

3. In a very large bowl combine the dry cornbread stuffing and the vegetable mixture. Add in the chicken broth and stir until incorporated evenly.

4. Transfer the stuffing mix into the prepared pan. Top evenly with the butter slices and cover with aluminum foil. Bake for 30 minutes. Remove the foil from the pan and bake for 15 – 20 more minutes until golden brown.

How To Make Cornbread Dressing With Homemade Cornbread?

Making Cornbread dressing from scratch is the ultimate holiday casserole! I mentioned my recipe for Homemade Sour Cream Cornbread earlier, but that is definitely the recipe that I prefer when making this from scratch! OR you can use a boxed cornbread mix if you prefer to do it that was as well. We have done it both ways and when I’m using a boxed mix we LOVE the Krusteaz Honey Cornbread. It’s our favorite boxed cornbread. Here’s the easy steps using fresh cornbread instead or cornbread stuffing mix:

Can Dressing Be Prepared Ahead Of Time?

Absolutely! That’s the beauty of this recipe. You can prep the recipe completely right up until you bake it. Cover it and refrigerate for up to 2 days! When you’re ready to serve, remove it from the fridge and allow it to sit at  room temperature for 30 minutes to take the chill off. Then bake according to the directions. You might need to add a little time to make sure it’s warmed through. You can also use a meat thermometer to check warmness. You want it to be about 160°F. Don’t bake it for too long uncovered, as it will dry out.

You can really play around with what you add into dressing or stuffing recipes. Here are a few variations that change things up:

This Southern style cornbread dressing is a family favorite. I’ve taken a classic and added some fun ingredients like bacon and pecans that really make it unique!

To make ahead prep the stuffing as stated, cover with foil and refrigerate until  ready to bake. Take the stuffing out of the fridge for 20 – 30 minutes before baking to take the chill off. You will need to add 10 – 15 more minutes to the covered bake time. 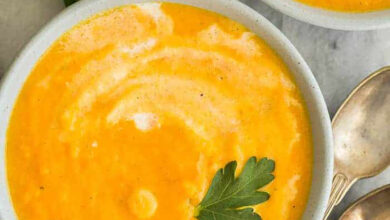 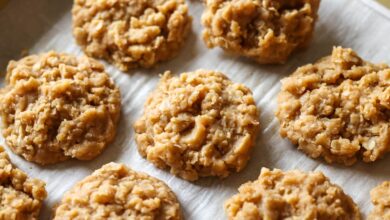 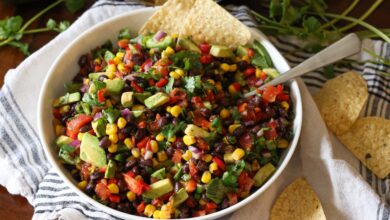 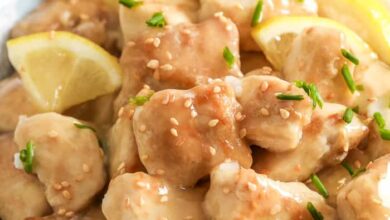