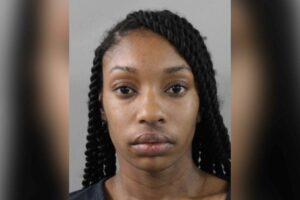 A 20-year old substitute high school English teacher in Florida was arrested by detectives Friday after it was learned she had sexually battered a student.

Ayanna Davis admitted to detectives Polk County Sheriff’s Office Special Victims Unit that she had unprotected sex with the Lakeland High School student (16 years or younger) on four occasions, twice at his house, and twice at her house. PCSO noted in its press release that her admission matched the victim’s statement.

The investigation began Friday, Dec. 3, when an LHS student informed Lakeland Police Department School Resource officers about the existence of an alleged video on Snapchat showing Davis and another student having sex. The student claimed the video was shown to a large group of LHS football players.

“This is a clear violation of sexual battery laws. She was in a position of influence over the victim, and she took advantage of that for her own twisted pleasure,” Sheriff Grady Judd said in a press release.

She appeared in court Saturday, where $60,000 in bonds were ordered against her for all five charges, and an arraignment hearing of January 10, 2022 was scheduled, according to jail records.

Davis was working at Lakeland High as a substitute teacher through the staffing company Kelly Education Services, which helps Polk County Public Schools find substitute teachers. She had been employed there since August.

In a statement to People, Kelly Education Services said student safety is their “highest priority.” Davis had successfully passed all background checks and screenings before her hiring.

Davis is no longer able to work within the Polk County Public School system.