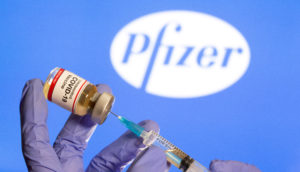 Murthy told CNN’s “State of the Union” that allowing vaccinated individuals to forgo masks also gives communities the flexibility to revert to mask mandates based on new infections and vaccination rates, as Los Angeles has done. Vivek added 99.5% of new deaths are from unvaccinated citizens.

Nationwide, new U.S. COVID-19 cases surged 70% this week compared with the prior seven days to an average of 30,000 new infections a day, fueled by the Delta variant. Deaths rose 26% week-over-week to an average of 250 lives lost a day, mostly in unvaccinated patients. (Graphic of global cases and deaths) https://tmsnrt.rs/34pvUyi

“There have been positive steps taken by these technology companies,” Murthy said. “But what I’ve also said to them publicly and privately is that it’s not enough.”

Facebook defended itself against Biden‘s assertion in a post on Saturday, saying that it promoted authoritative information about vaccines and acted aggressively against health misinformation on its platforms.

Democratic Minnesota Senator Amy Klobuchar told CNN’s “State of the Union” that she was looking into ways to hold social companies legally responsible for vaccine misinformation and suggested some might even need to be broken up.

“I am a fan of using anti-trust so we can get true competition against the dominant platforms,” Klobuchar said.

Ken McClure, the mayor of Springfield, Missouri, blamed misinformation as part of the driving force behind poor vaccination rates in his community which has experienced a huge spike in COVID-19 cases.

“I think we’re seeing a lot spread through social media,” McClure told CBS’s “Face the Nation.” “I think we as a society and certainly in our community are being hurt by it.”