Halo has always had some great collector’s editions with each new release – looking at you, Master Chief helmet that came with Halo 3 – and Walmart sort of surprise announced a new one for Halo Infinite overnight. As expected, it sold out immediately.

As far as special editions of Halo Infinite goes, there’s the Halo Infinite Xbox Series X bundle, the special steelbook that comes with preorders in select locations, and that’s about it. Before today, we hadn’t yet seen a special Halo Infinite edition that comes with what’s usually expected i.e. a statue of some kind, maybe some patches or stickers, and an art book. 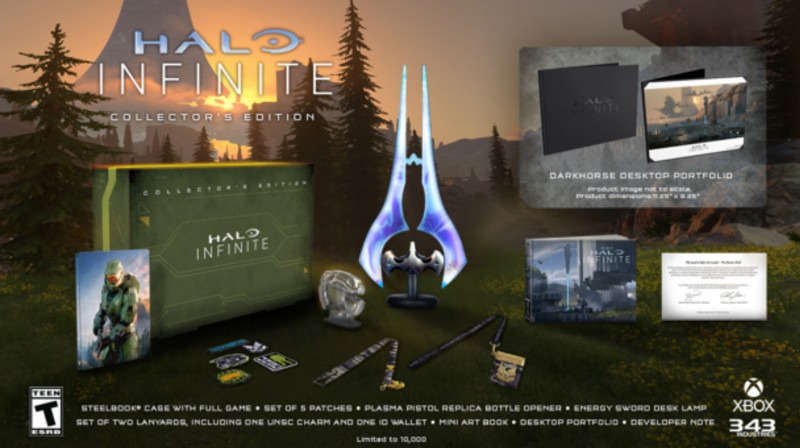 It seems Walmart had the lock on that because overnight, it released the Halo Infinite Collector’s Edition for $169.99. It sold out near immediately. It features the game, of course, a steelbook case (the same one being sold by other retailers), a set of five patches, a Plasma Pistol replica bottle opener, an Energy Sword desk lamp, two lanyards, a mini art book, a desktop portfolio, and a special developer note.

According to Walmart, this edition was limited to just 10,000 units and now, it’s sold out. It’s unclear if more Collector’s Editions will be released. It’s also important to note that oddly enough, neither Microsoft nor Xbox have mentioned this edition yet.

Perhaps it’s an unofficial one made by Walmart, although that would be odd considering it comes with some very official-looking merchandise. Maybe Walmart jumped the gun and released it early. All we know is that we’re very sad we were sleeping while this went live.

For more about Halo Infinite, check out this story about Craig the Brute’s glow-up of the year and then read about how 343 Industries used Halo 3 and Halo Reach as inspiration for Infinite’s character and enemy design. Check out Game Informer’s breakdown of everything we know about Halo Infinite after that.

Are you interested in nabbing a Collector’s Edition of Halo Infinite? Let us know in the comments below!