The expanded edition of “The 1619 Project,” set to be released next month, is already a bestseller on Amazon.

Nikole Hannah-Jones‘ Pulitzer Prize-winning New York Times’ feature will be turned into a book and released in late December, the Associated Press reported. The controversy surrounding The 1619 Project and it’s byproduct Critical Race Theory have already placed the book version at the top 100 on the bestseller lists of Amazon and Barnes & Noble’s online stores.

tore owner in Austin, TX, is eager to sell the book on her shelves, even if her surrounding neighbors don’t share the same regard for Hannah-Jones’ work.

“My store is a socially justice oriented bookstore, and this book fits very well within that mission,” Thais Perkins, the owner of Reverie Books said. “I am promoting community sponsorships of the book, where people can purchase a copy and have it donated to one of the schools.”

Hannah-Jones’s 1619 Project was first introduced in 2019 in a special issue of The New York Times Magazine. Since its introduction, the piece has intensified debates around the history of racism and slavery in America and how it should be covered in the classroom. 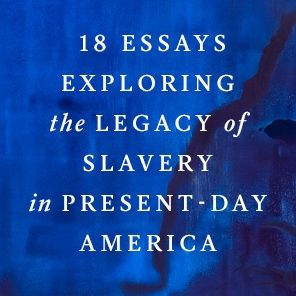 On the political side, many Republican politicians have expressed their dislike for The 1619 Project. Sen. Tom Cotton of Arkansas proposed a bill that would ban federal funding for teaching the project. During  Donald Trump’s presidency , he introduced the “1776 Commission” report in response to the project he deemed “reckless ‘re-education’ attempts that seek to reframe American history around the idea that the United States is not an exceptional country but an evil one.”

Hannah-Jones has also dealt with her own backlash from conservatives who fiercely oppose notions of Critical Race Theory in the classroom. Most recently, she had her scheduled appearance at an upscale private school canceled due to school officials’ fears of her upsetting the predominantly white community. Additionally, Hannah-Jones turned down a position at her alma mater UNC-Chapel Hill after the school initially refused to grant her tenure.

But with The 1619 Project book version already a bestseller before its official release, it’s clear that the piece is here to stay. Hannah-Jones has a book tour with appearances scheduled at the Brooklyn Academy of Music, the Free Library of Philadelphia, and Waterloo West High School in her home state of Iowa.

Husband And Wife Influencers Killed in Murder-Suicide in Atlanta