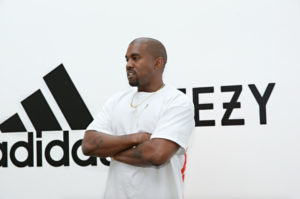 The rapper and entrepreneur known as Kanye West had insisted almost three years ago that we refer to him as just “Ye.” Now the billionaire music artist has taken steps to make it official.

With the anticipation for his latest project “Donda” that is once again expected to be released this week, Kanye has added another intriguing aspect to who he is as a person.

Kanye posted on Twitter back in September 2018 that he is “the being formally known as Kanye West.” On Tuesday, he reportedly filed court documents to legally change his name from Kanye West to just simply, “Ye.”

Kanye wants to join the lists of legendary performers like Prince, Cher, Madonna, MJ, and a host of others who was famously known by just their nickname and/or their first name.

the being formally known as Kanye West

The legal filing was submitted at The Los Angeles Superior Court and it states that the 44-year-old mercurial artist wants the name given to him, Kanye Omari West, to be replaced by the nickname that he has been answering to for years, Ye, with no middle name or last name. That was also the title of his album that was released back in 2018.

The legal papers that were filed were dated Aug. 11 but had not been submitted to The Los Angeles Superior Court until Tuesday. Based on the filing, he wants to change his full legal name for “personal reasons.”

Fans across the world have been waiting for Ye’s latest project titled “Donda” after his deceased mother for some time now. The artist who may be formally known as Kanye West has scheduled a third listening stadium session (the first two were hosted in Atlanta) for fans in his hometown of Chicago. This latest session is scheduled for Thursday with the expected release date (which is the fourth date given since announcing the album) being the next day on Aug. 27.

How Much Would You Pay For A Mint Copy Of Super Mario Bros.? - Talking Point