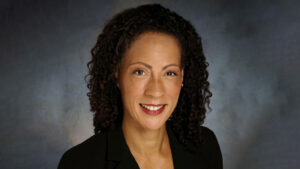 For the first time in its 82-year history, a Black woman is serving as the CEO of the prestigious American Ballet Theatre.

Beginning January 3, 2022, Janet Rollé will be the new CEO and executive director of the American Ballet Theatre, CNN reported. After working as the general manager of Beyoncé’s Parkwood Entertainment for five years, Rollé is breaking a major glass ceiling at one of the country’s most respected ballet companies.

Andrew Barth, chairman of the board of governing trustees at American Ballet Theatre announced Rollé’s new position last Tuesday. While recalling the foundation of her dance career, Rollé credited her mother, an immigrant from Jamaica, for taking her to dance class at the age of eight.

“Through dance, I learned how to be a professional, the value of discipline and technique, and my love for the creative process,” she said in a statement. “These lessons have always been at the core of my professional life and work.”

“It is therefore a singular privilege to be entrusted by the Board to preserve and extend the legacy of American Ballet Theatre, and to ensure its future prosperity, cultural impact, and relevance,” she continued. “To come full circle and be in a position to give back to the art that has given me so much is a source of unbridled and immense joy.”

In addition to her work at Parkwood, Rollé served as executive vice president and chief marketing officer at CNN Worldwide. She was the first executive vice president and chief marketing officer of BET Networks and served in senior positions at AOL, MTV Networks, and HBO. She currently serves on the board of directors for BuzzFeed, Inc. and Hallmark Cards, Inc and was previously a presidential appointee and member of the nominating committee of the United States Tennis Association.

Rollé’s new role at ABT follows criticism against the company over the years for its lack of inclusion and diversity. Misty Copeland, the first Black woman principal dancer for the ABT, has spoken out against the absence of women of color within the organization. It’s something Andrew Barth is hopeful Rollé will help turn around.

“After a thorough search, Janet emerged as the right leader to usher in ABT’s next chapter,” Barth said. “Her extensive experience as a business leader and marketing strategist, combined with her life-long passion for dance, perfectly positions her to lead our organization.”

“She is brimming with ideas to lead ABT into the next decade, all while respecting Ballet Theatre’s history and legacy,” he continued. “I am confident that Janet’s accomplished background in business operations and development, strategic partnerships, and brand management will be a tremendous asset.”