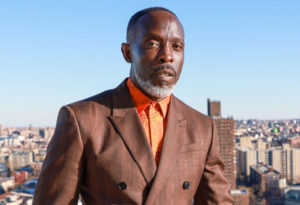 Michael K. Williams, the star of The Wire, Boardwalk Empire and Lovecraft Country has passed away, a rep confirmed to The Hollywood Reporter. He was 54.

“It is with deep sorrow that the family announces the passing of Emmy nominated actor Michael Kenneth Williams. They ask for your privacy while grieving this unsurmountable loss,” according to his long-time rep Marianna Shafran of Shafran PR.

On Monday, Williams was found dead inside of his Brooklyn residence around 2 p.m., according to the New York Police Department. He is survived by his mother.

The venerable actor has a breath of work most recently he received critical acclaim for his role as Montrose Freeman in HBO’s Lovecraft Country. He received a 2021 Emmy nomination for outstanding supporting actor in the Lovecraft Country drama series, and When They See Us‘ Bobby McCray, where he played the father of Antron McCray, one of the Exonerated Five who was coerced into signing a false confession. He also played the rogue stickup robber of drug dealers Omar in the hit series, The Wire.

HBO said in a statement, “We are devastated to learn of the passing of Michael Kenneth Williams, a member of the HBO family for more than 20 years. While the world is aware of his immense talents as an artist, we knew Michael as a dear friend who was beloved by all who had the privilege to work with him. We send our deepest condolences to his family for this immeasurable loss.”

Williams also took on charitable causes. Last year the Emmy Award-winning actor who grew up in Brooklyn’s notorious Vanderveer Projects (today known as “Flatbush Gardens”), talked how crime rates may be even higher in the Big Apple last summer due to the COVID-19 pandemic.

To help curve the rate of violence, the Boardwalk Empire actor teamed up with NYC Together to launch a program that aims to keep inner-city youth off the streets by giving them jobs. The virtual summer youth employment program will hired teens from across New York’s five boroughs to provide education and information to the nearly 500,000 residents living in New York City Public Housing.

After news broke of his untimely death, celebrities sent their condolences online.

We lost one of the best today. You had such a beautiful soul. It was an honor to work with you. But it was a true privilege getting to know you. Thank you for uplifting so many of us with your time here. Rest easy now Michael K Williams?? pic.twitter.com/TVwGJ3Qn1T

Michael K Williams, in addition to being one of the most talented actors around, was also one of the kindest, sweetest, most gentle souls I’ve ever met. This is heartbreaking. My thoughts are with all those who loved him. ❤️

If you don’t know, you better ask somebody. His name was Michael K. Williams. He shared with me his secret fears then stepped out into his acting with true courage, acting in the face of fear, not in the absence of it. It took me years to learn what Michael had in abundance. pic.twitter.com/BIkoPPrPzg

Michael K Williams was a beautiful, passionate, expansive soul. I felt so lucky to have known him, and we were all so fortunate to have enjoyed his incredible talent. He burned so very bright.

You will forever be The King. pic.twitter.com/LuFY0tG9NA

This is heartbreaking to learn. We have lost an enormous talent in Michael K. Williams. https://t.co/sqY2ryvuAj

? He was my friend. I am gutted hearing this. It’s been too much death and loss! So many spirits are broken. What is going on in the world?#TheWire actor @BKBMG Williams found dead in NYC apartment https://t.co/9YOKg2T7ds via @nypmetro

Everything We Know About Elden Ring