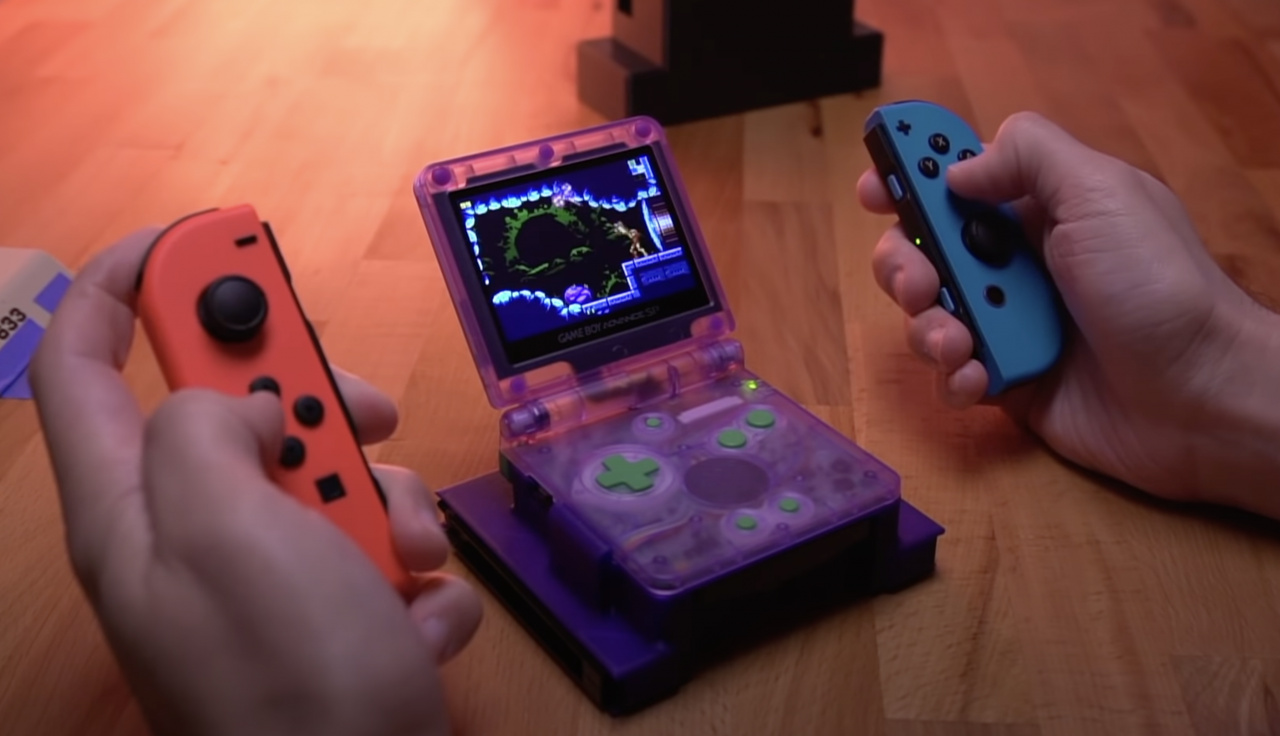 We’ve covered the incredible work of Macho Nacho Productions before on this site, but the channel’s latest project is one of its most ambitious yet. This new mod turns the Game Boy Advance SP into a Switch-style system complete with Joy-Con support, a 3D-printed dock and even the ability to play on your TV.

Using a pre-existing mod which allows the GBA to output to a television, Macho Nacho Productions’ Tito and Kyle Brinkerhoff created a 3D-printed rear bodywork which includes rails for the Joy-Con, as well as a custom PCB (complete with Raspberry Pi Zero) that allows the Joy-Con to wirelessly control the on-screen action. Oh, and there’s a 2,000 mAh battery inside, which is required to juice-up all of the extra tech that isn’t native to the 18-year-old portable.

Of course, this new-look GBA SP is a lot less mobile that it was previously, and the process of pairing the Joy-Con is a little less elegant than it is with a Switch – you have to do it every time you want to play, too. Even so, it’s amazing to see mods like this appear, and it makes you think of what could have been had Nintendo come up with the Switch concept two decades ago.

Microsoft Says Its Metaverse Will Include Xbox Gaming