This week on Dezeen, fashion brand Coperni sprayed a liquid-polymer dress onto the body of a model live on the runway at Paris Fashion Week.

The dress was presented as part of Coperni’s Spring Summer 2023 show and was a collaboration with spray-on fabric technology company Fabrican.

The spray-on dress was the closing look of the show and took shape as a 15-minute performance. It saw model Bella Hadid enter the show space and sprayed with a white, liquid-polymer across her body to form a dress.

Since reporting on the event, a reel posted on Dezeen’s Instagram has amassed over one million views.

As protests in Iran continued following the death of 22-year-old Mahsa Amini, a Kurdish-Iranian woman who died while being held in custody for not wearing her hijab correctly, designers and artists shared graphics in support of and solidarity with the Iranian protestors.

The above illustration was created by Kraków-based designed Ahmad Rafiei Vardanjani and is a take on the recruitment posters used by the US Army during the second world war, calling on people to stand with the women of Iran.

In architecture news, Saudi Arabia announced that it had won the right to host the 2029 Asian Winter Olympics at the yet-to-be-built Trojena resort.

The resort, which is being designed by Zaha Hadid Architects, UNStudio, Aedas, LAVA and Bureau Proberts, is being built in the desert as part of the Neom development.

In the UK, Wilkinson Eyre unveiled its long-awaited redeveloped Battersea Power Station in London ahead of its opening next week. The building now contains over 100 shops, 254 apartments and the offices for technology company Apple.

Also in London, Dezeen Awards 2022 judges met at One Hundred Shoreditch in the final round of judging to decide the winners of each category ahead of the November announcements.

Other major buildings to complete this week included six curved housing blocks that come together to form a spiral shape designed by Danish architecture studio BIG.

While, MAD Architects completed its Quzhou Stadium in China, which was conceived as a “piece of land art.”

In other news, American architect and Studio Gang founder Jeanne Gang was named the second-ever winner of the Le Prix Charlotte Perriand prize for her accomplishments in architecture.

In design news, Danish fashion brand Gannni teamed up with Spanish material research company Pyratex to develop a three-piece capsule collection of clothing that is made from banana waste.

Technology company Google released its first smartwatch, the Google Pixel Watch, which has a bulbous dome-shaped face that is fixed to a recycled stainless steel casing.

Popular projects this week included the renovation and extension of a mid-century residence on the Stanford Univeristy campus by US studio Jensen Architects, a roundup of 10 of the UK’s architecturally significant leisure centres and Niall McLaughlin Architects’ brick New Library at Magdalene College. 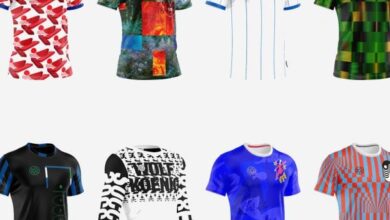 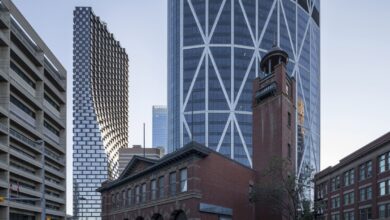