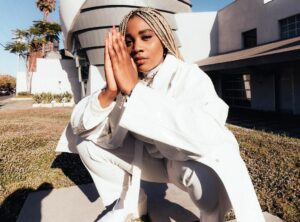 After months of criticism about how Black creatives are often minimized on its platform, TikTok has taken another step towards improving relations by hiring a new Director of Diversity and Inclusion Communications.

Before joining TikTok, Charles was the director of communications and creative partnerships for the photo platform VSCO. She created the #BlackJoyMatters campaign – a summer-long “series of community efforts and in-app experiences that spotlight and amplify a more holistic view of modern Black existence, centered around Black joy.”

In addition to her roles with these major platforms, Charles has advocated for Black creatives by creating two independent collectives: Future of Creatives, a tech-centered community platform creating space for disruptors in tech, entertainment, contemporary arts and fashion; and Magic In Her Melanin, a community organization that elevates the voices of womxn of color.

“As a Black creator and advocate,” Charles said. “I am thrilled to join the TikTok team and continue my work in fearlessly supporting and amplifying the stories of underrepresented creators.”

At the top of the year, TikTok partnered with MACRO, the company behind Judas and the Black Messiah, to create a Black Creative Incubator program. Still, in June, Black dancers who use the platform organized a virtual strike to demonstrate how their refusal to release choreography to Megan The Stallion’s “Thot S—” would impact the kind of content created around the challenge-ready song.

Last week, the two companies came together to award ten creatives with $50,000 each as an extension of the incubator program. These grants are intended to help the selected content creators expand their production capacity with new equipment and the ability to hire support staff.