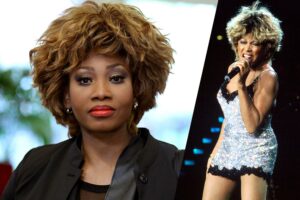 There can only be one Tina Turner, and the Queen of Rock ‘N’ Roll is laying down the law. She is moving forward with a lawsuit against one tribute performer who took on too much of her iconic persona.

The 81-year-old music icon sued a German-based tribute act who performs as Turner in a two-hour unofficial tribute show dubbed Simply The Best, Daily Mail reports. Turner’s lawyers say that Dorothea ‘Coco’ Fletcher looks too much like the real deal in promotional posters and might be confusing fans into believing Turner is involved with the show.

The case has escalated to Germany’s Federal Court of Justice, and the ruling could potentially change the future for tribute performers. The art form is nothing new and something that has been familiarized in pop culture.

Turner’s lawsuit is against Cofo Entertainment, the German company representing Fletcher, and other tribute performers that replicate music stars like Elvis Presley, The Beatles, and Frank Sinatra. If Turner wins against Cofo, it would change the firm’s business model and trickle into the entire industry.

The suit was first filed last year after promotional posters for Simply The Best were first unveiled. The Times reports that Turner scored a victory when courts in Cologne, Bavaria, ruled that the flyers could be misleading.

After having the posters re-designed, Turner lost at the Cologne Court of Appeals when they ruled that the new posters did not outweigh Fletcher’s right of artistic expression. The case recently appeared in the Federal Court of Justice, where Turner’s lawyer argued that Fletcher’s tribute act is mere advertisement and not an art form.

“[Turner] would like to decide when her name and image are used for commercial purposes,’ Kerstin Schmitt said in court.

But Cofo’s attorney, Brunhilde Ackermann, argues that any paying customer would want the tribute act to look like the real Tina Turner.

“Only a ‘chronically stupid person who looks at everything superficially’ would get the two confused,” Ackermann said.

Ackermann also argues that the court’s ruling could impact a multibillion-dollar industry that has proved to be legitimate for decades. The final ruling in the case is not expected until February 2022.