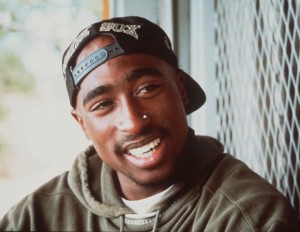 A new touring exhibit will take a deep dive into the life and career of the late rapper/actor Tupac Shakur.

On Tuesday, The Shakur Estate announced the “Tupac Shakur, Wake Me When I’m Free” exhibit will open on Jan. 21 in Los Angeles.

Described as a fully immersive, thought-provoking museum experience that explores the life and legacy of the late rapper and activist, the exhibit will use technology, contemporary art, and never-before-seen artifacts from Tupac’s personal archives to recap his 25 years of life.

The massive touring exhibit will include handwritten lyrics from classic songs including “California Love” and “Dear Mama,” along with photo galleries highlighting his upbringing and late mother, Afeni Shakur. It is expected to be housed in Los Angeles for six months before heading out to other cities.

“There are thousands of pieces of paper, handwritten pieces of paper—which is everything from his lyrics to all of the songs and poetry that you know down to a grocery list for a birthday party,” said Arron Saxe, president of Kinfolk Management + Media.

The exhibit will highlight the music, poetry, fashion, activism, and life of the acclaimed rapper who died in 1996 after a drive-by shooting in Las Vegas. His late mother, who died in 2016 at the age of 69 after going into cardiac arrest at her home, will also be honored throughout the exhibit.

“The whole point of this exhibit was to not only show the kaleidoscopic nature of Tupac, but also show how he is relatable,” Saxe said.

“There are incredible pieces of clothing. This exhibit is also a mix of contemporary art and technology too. Many of the artifacts have never been seen before.”