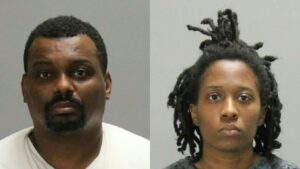 Ahead of the two-year anniversary of the death of 16-year-old Imani Bell, two basketball coaches running the practice Bell died at have been charged with murder.

Friday marks two years since Bell’s passing at an outdoor high school basketball practice in 2019. She was a junior on the girl’s basketball team at Elite Scholars Academy in the Clayton County Public School System. Bell was part of an outdoor practice that occurred despite a heat advisory issued in the area.

Bell’s family filed a wrongful death lawsuit earlier this year, citing the practice approved by the school and supervised by the coaches, WSB-TV reports.

“Due to the extreme heat and humidity outside, Imani began experiencing early signs of heat illness and was visibly struggling to physically perform the outdoor conditioning drills defendants directed her to perform,” the lawsuit reads.

“Defendants observed Imani experiencing early signs of heat illness during the outdoor practice but nevertheless directed Imani to continue performing the conditioning drills with her team and directed Imani to run up the stadium steps.”

In response to the lawsuit, Asekere’s lawyer released a statement saying the coach “was on her first day as coach of the girl’s basketball team, and she was relying on the direction of the athletic director and Elite Scholars Academy personnel to conduct this conditioning activity.”

But the Bell family and their legal team say the coaches were negligent of the children and forced them to perform drill exercises on one of the hottest days of the summer.

“The assistant coach saw Imani struggling and how hot it was and did not stop the practice,” attorney Justin Miller said.