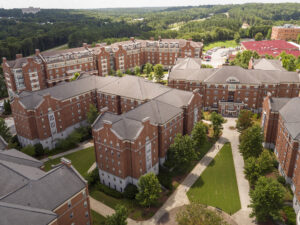 Administrators at the University of Georgia (UGA) announced plans to name two buildings on the campus after Black graduates who made history at the school.

Officials plan to name the science library after Shirley Mathis McBay, who was the first Black student to earn a doctorate from UGA in 1966. McBay, who became a math professor at Spelman College, died Saturday at 86.

UGA officials also want to name a student residence hall expected to be completed next fall, after Harold A. Black, Mary Blackwell Diallo, and Kerry Rushin Miller. The three were the first Black students to enroll as freshmen who completed their undergraduate degrees. Next year will mark the 60th anniversary of the trio’s enrollment.

Students and parents have been complaining about the university’s housing conditions, saying it’s affecting the students’ health.

“Through these namings, we acknowledge the importance of these pioneers in the history of our institution,” President Jere Morehead said in a university release. “We celebrate their remarkable achievements and recognize the profoundly positive, lasting impact they have made on the University of Georgia.”

Miller told the Atlanta Journal-Constitution she was speechless when a UGA official contacted her about the move.

“It was quite a surprise,” Miller said in a telephone interview Wednesday. “I think it’s wonderful.”

The names would still need to be approved by the state Board of Regents. However, the AJC announced last week it would not act on an advisory group’s recommendation to rename more than 70 buildings located on or near the campus currently named after white supremacists or known slave owners.

The school has already made some efforts to recognize its more notable Black alumni. Last year, the university named its College of Education after Mary Frances Early, the UGA’s first Black graduate.