Valentino Gareri Atelier has unveiled renderings of the Cacao Eco Village in Ecuador for local farmers that will feature 3D-printed buildings made from recycled cacao.

Cacao Eco Village will be located on the coast of Ecuador’s Manabi province where cacao farmers live and work to produce chocolate through extracting cocoa butter and solids from cacao beans.

The village will feature various site figurations of three different-shaped modules, all of which will be 3D-printed using cacao shell waste biofilaments leftover from chocolate production.

Geometric in form, the modules will also include a range of other local materials in their architecture, such as bamboo and wood.

According to Valentino Gareri Atelier, the modules will be designed in order to create a self-sufficient village. For example, decorative water tanks will be integrated into the modules’ roofs, which will collect rainwater.

“The facades will draw inspiration from the wide range of multi-coloured Ecuadorian houses and from the cacao trees’ colourful fruits,” said the architecture firm, which has offices in New York and Sydney.

Cacao Eco Village will include a cacao-processing chocolate factory, as well as an educational and research centre and co-working and co-living spaces. 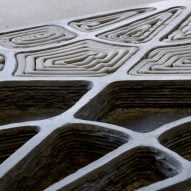 Also designed as a tourist destination, the village will feature a large network of cycle paths and pedestrianised boulevards that will encourage visitors and residents to experience the various amenities by bike or on foot.

Charging stations for electric cars will also be provided throughout the community, with cars and trucks only being allowed to drive in designated areas around the factory.

Vegetation such as palm trees and large expanses of grass will cover the space between each cluster of modules that make up the village.

“This sustainable and smart infrastructure emerges as a solution for the environmental and social impact of the cacao industry using a circular economy model as a creative solution for reducing environmental footprint, generating increased income, reducing resource dependency and minimising waste,” said the architecture firm.

“Cacao Eco Village will be the Silicon Valley for circular economy innovators,” it concluded.

Other communities that have been created using 3D printing include the “world’s largest” neighbourhood of houses in Texas that were designed by construction companies ICON and Lennar as well as global architecture studio BIG.

The renderings are courtesy of Valentino Gareri Atelier. 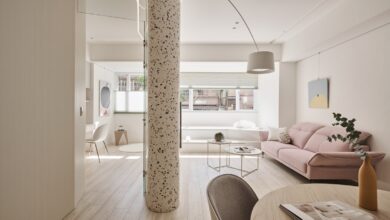 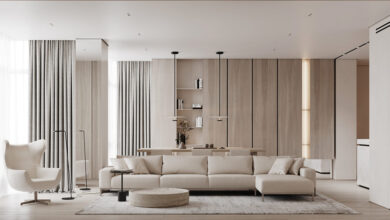 Restful Home Designs With A Focus On Finishes 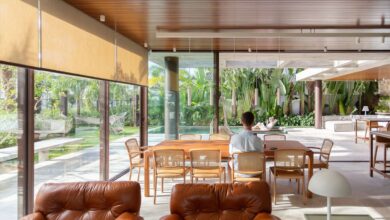 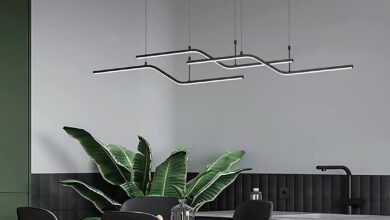