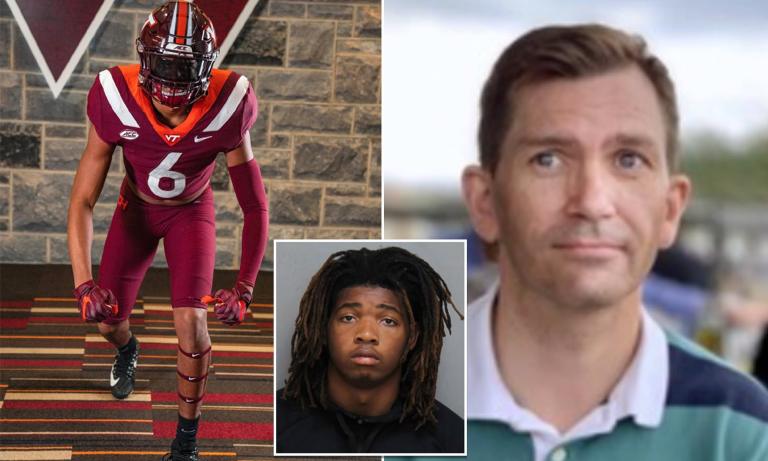 
A college football player has been indicted on charges of murder for killing a trans woman he met through a dating app earlier this year.

According to The NY Post, a grand jury indicted Isimemen David Etute, a linebacker recruited to play at Virginia Tech, on second-degree murder charges that stemmed from the freshman’s killing of a trans woman, Jerry Paul Smith, that he met on a dating app.

Etute will be tried in the county’s Circuit Court. A hearing is scheduled for Nov. 18, so the attorneys can work out a timeline for the remainder of the case.

Eighteen-year-old Isimemen Etute was a 2021 recruit on the Virginia Tech Hokies football team. But the college freshman was arrested in June and charged with second-degree murder for allegedly killing 40-year-old Jerry Smith, USA Today reports.

The young man met Smith under the name “Angie” while on the dating app Tinder. According to attorney Jimmy Turk, the young athlete went to Smith’s home on Apr. 10 and received oral sex. The two engaged in sexual activity with Etute unaware of Smith’s sexual identity. Etute returned on May 31 and realized that Smith and “Angie” were the same person.

Etute began to punch Smith repeatedly and stomped on him, Montgomery County Commonwealth’s Attorney Mary Pettitt said, as noted by WSLS. Etute admitted that Smith did not fight back, and he heard a bubbly and gurgling noise while leaving the home.

Etute was arrested and suspended from the Virginia Tech Hokies football team. He has been free on a $75,000 bond and allowed to stay with his immediate family in Virginia Beach, but he could likely be placed in jail with the indictment until the trial officially starts.