Gas prices are at an all-time high, averaging more than $4 a gallon across the U.S. The easy solution is to just drive less, but that’s not practical for most families. Instead, many drivers are considering switching to a hybrid or an electric vehicle to cut down their fuel costs — but how can you know which is right for you?

In this guide, we’ll explore hybrid vs. electric vs. plug-in hybrid cars — their advantages, disadvantages and how to determine which is best suited to your needs.

What Is a Hybrid Car?

A hybrid car (or SUV or truck) is a vehicle that relies on both a gas-powered motor and an electric motor. You’ll still have to fill up at the gas station; in fact, running the gasoline-powered engine is the only way to power the electric motor.

Unlike true, 100% electric vehicles, hybrid models only have small lithium-ion batteries. When charged, these offer a short range of electric driving, but most of the driving done in a hybrid will come from the gas-powered internal combustion engine.

While driving, you can recharge a hybrid’s electric battery through regenerative braking. Every time you apply the brakes, the hybrid extracts and stores that energy and reuses it without gas power.

So while traditional gas cars are most efficient on the highway, with less stop-and-start driving, hybrid vehicles are actually more efficient in the city and in stop-and-go rush hour traffic, as they collect and reuse energy every time you brake.

The Toyota Prius is the most recognizable example of a hybrid, but nowadays automakers offer many of their popular gas-powered models as hybrid variants. Popular hybrid models include the Honda Accord Hybrid, the Toyota Camry Hybrid, the Hyundai Santa Fe Hybrid and the Subaru Crosstrek Hybrid.

What Is an Electric Vehicle?

An electric vehicle (EV) runs solely on electric power generated by a high-voltage battery pack. Because there’s no gas to back up the electric motor if the battery runs out of charge, EVs are made with much larger lithium-ion batteries than hybrids, allowing for much longer ranges.

Unlike hybrids, fully electric vehicles do not have tailpipe emissions.

Charging an electric vehicle takes a lot longer than filling up a tank of gas. EVs generally require anywhere from six to 12 hours for a full charge. Most EVs do offer DC fast charging, which can charge a battery to roughly 80% in as little as 30 minutes, but doing this often leads to faster battery degradation.

To charge an EV at home, you’ll need to have a professional install charging infrastructure that can cost several thousands of dollars. On the flip side, most EVs are eligible for a significant ($7,500) one-time federal tax credit, which more than makes up for the cost of the installation.

Some of the most affordable electric cars include the Nissan Leaf, the Chevrolet Bolt EV, the Hyundai Kona Electric and the Ford F-150 Lightning.

What Is a Plug-In Hybrid Vehicle?

A plug-in hybrid vehicle (PHEV) has a gas-powered engine and an electric motor powered by a battery. PHEVs have large enough batteries that drivers can rely on electric power alone without the help of the gasoline engine. When the charge runs out, the vehicle switches over to the gas engine.

For this luxury, PHEVs require charging, just like electric cars. (Remember: The batteries in hybrid vehicles are charged by the gas engine and don’t need to be charged in between drives.) Owners of plug-in hybrids will need to install the same charging infrastructure at home as they would for a traditional electric vehicle.

Popular PHEVs include the Hyundai Ioniq, the Toyota Prius Prime, the Chrysler Pacifica Hybrid and the Ford Escape PHEV.

Pros and Cons of Hybrid Cars

Hybrid vehicles have been on the market for several decades and continue to grow in popularity. In fact, in 2021 hybrid sales jumped 76% in the U.S., with a total of 801,550 sold, accounting for 5% of all light-duty vehicle sales, according to Reuters.

So what is drawing more people to hybrid models and what drawbacks should drivers anticipate?

Pros and Cons of Electric Cars

Though hybrids are the most popular form of electrified vehicle, all-electric vehicles are gaining traction. Sales were up 83% in 2021, with a total of 434,879 EVs sold in the U.S. And with several automakers pledging to largely transition to EVs within the decade, they’re only going to grow in popularity. But there are advantages and disadvantates to them.

Let’s take a more in-depth look at the biggest benefits and drawbacks of electric vehicles.

As a combination of hybrid models and EVs, PHEVs would seem to offer the best of both worlds. And while there are a lot of pros to driving a plug-in hybrid, PHEVs have a fair share of cons as well.

Let’s take a more in-depth look at the biggest benefits and drawbacks of plug-in hybrid vehicles.

Hybrid vs. Electric vs. Plug-In Hybrid: Which Is Right for You?

Hybrids, electric vehicles and PHEVs all offer drivers a cleaner alternative to traditional gas-powered cars. But determining which one to drive off the dealer lot depends largely on your own budget, living situation and driving needs.

Buy a Hybrid If…

Buy an Electric Vehicle If…

Buy a Plug-In Hybrid If…

Still have questions about buying a hybrid vs. electric vs. plug-in hybrid? Wondering what the best deal is as you consider all options? See if we have the answers you’re looking for.

Is a Hybrid Car Better Than Electric?

A hybrid car offers several advantages over electric: There’s no range anxiety associated with a hybrid, and you don’t have to install charging infrastructure at home. However, you still have to purchase fuel for your hybrid, and hybrid cars aren’t as eco-friendly as EVs. For some drivers, a hybrid will make more sense while others would be better suited for an electric vehicle.

What Are the Disadvantages of a Plug-In Hybrid Car?

Like an electric vehicle, a plug-in hybrid vehicle still requires charging (though not as long as an EV) to be able to tap into electric power. You’ll also still have to pay for gas on occasion. On top of that, a plug-in hybrid is more expensive than a traditional hybrid car.

What Are the Disadvantages of Electric Cars?

The biggest disadvantage of electric cars is the range. Most electric vehicles currently offer 200+ miles on a single charge, but once the battery is depleted, it can take 8+ hours to recharge. While many models are available with DC fast charging, this process still takes 30 minutes or more and doesn’t get a full charge. This makes EVs unviable for road trips.

Electric vehicles are also expensive (but most still come with a $7,500 tax credit) and require the installation of charging infrastructure at home.

How Long Will an Electric Car Last?

Electric vehicles are just as durable as their gas-powered counterparts, however, electric car batteries don’t last forever and can be expensive to replace. Though EV batteries can last anywhere from 10 to 20 years or 200,000 miles, it will cost thousands of dollars to replace yours once it finally dies. As a show of faith in their product, most manufacturers offer a warranty on their batteries for at least eight years and 100,000 miles.

The best part? They don’t require the same routine maintenance that gas cars do. You won’t need to worry about oil changes or air filter replacements.

How Much Money Can I Save with an Electric Car?

The electricity required to power an EV is nearly $14,500 cheaper than it would be to fuel a gas-powered vehicle over 15 years, according to a study conducted by the U.S. Department of Energy’s National Renewable Energy Laboratory and the Idaho National Laboratory. That’s roughly $1,000 in fuel savings each year.

But electric cars have large upfront costs. They cost more than traditional gas vehicles, and if you want to charge your EV at home you need to have the charging infrastructure professionally installed. However, over the life of the EV, you’ll experience great savings: a federal tax credit, no fuel costs and no routine maintenance costs.

You will likely pay more in monthly insurance premiums and your electric bill will go up, but these are nothing compared to the savings from not buying gas or paying for oil changes.

How Much Money Can I Save with a Hybrid Car?

Hybrid cars are more efficient than traditional gas-powered vehicles, especially in city driving. The more you drive in the city or in high-traffic conditions, the more you can expect to save on high gas prices over time with your hybrid.

However, hybrid cars tend to cost more money than their gas-powered counterparts, so it may take a while to recoup your investment.

Contributor Timothy Moore is a writer and editor in Cincinnati. He focuses on banks, loans and insurance plus automotive stories for The Penny Hoarder. His work has been featured on Debt.com, The Ladders, Glassdoor, WDW Magazine, Angi and The News Wheel.

The Witcher 3: Wild Hunt stars will host the Future Games Show on June 11

How does The Fed impact crypto? 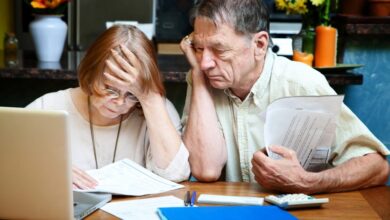 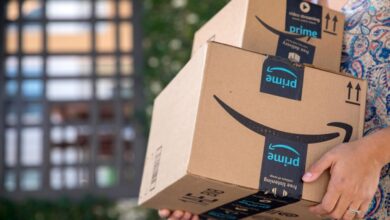 6 Tips to Actually Save Money on Amazon Prime Day Deals 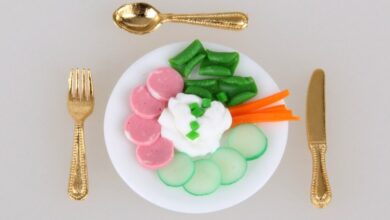 6 Ways to Fight Shrinkflation and Get More for Your Dollar 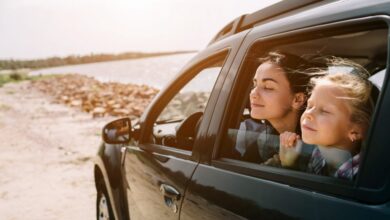 35 Tips to Help Save Money on Your Next Road Trip