If your dog suddenly starts spinning around, chasing and even biting his own tail, you likely wonder why. There are several possible reasons why your dog is chasing or biting his tail, some behavioral and others medical.

According to California-based dog trainer Ash Miner, a certified trick dog instructor (CTDI) working on a master’s degree in animal behavior, it could simply be a game.

Ash says this is a game dogs usually invent out of boredom. She says because they have poor hind-end awareness, many dogs don’t even realize that they have a tail until they happen upon it visually.

Why is my dog biting his tail?

From a human’s standpoint, it may seem odd to see a dog chasing, then biting, his own tail. But dogs can get caught up in the moment — even if it hurts.

Ash says when dogs bite their tail while playing — or for other reasons — it can most definitely hurt. However, when they’re that excited, the pain may not register fully until later on.

But playing when bored is just one possible reason your dog is chasing and biting his tail.

A dog’s age could also have something to do with it. Puppies may be more apt to bite and chase their tails because they’re unaware that it is actually attached to them. It becomes a game for them. But Ash says it could develop into something else, so it’s not a healthy game to encourage. She says she always tells her clients to interrupt the game and redirect the activity to an appropriate toy instead.

Other reasons for tail-chasing and tail-biting may include:

Should I worry if my dog is biting his tail?

Ash says what starts out as a game can become a neurological disorder like obsessive-compulsive disorder, aka canine compulsive disorder. She says this disorder is common with dogs in shelter-kennel situations because they have virtually no individualized stimulation, but are very excited by the environment around them.

The targets of the OCD behavior can include laser pointers, reflected light, shadows, balls and their own tails, among other things.

She draws a distinction between a dog with canine compulsive disorder vs. a very high-drive dog. The deciding factor is whether or not the dog can give up on the target item. If the dog is unable to stop himself, even with some training, it is no longer a healthy drive. Whether or not the disorder can be resolved depends on a few things:

If the dog has developed OCD and won’t stop chasing or biting his tail, Ash works on a default leave-it cue with his own tail.

Is it OK for my dog to chase his tail?

The simple answer as to why dogs chase or bite their tails is relieving some boredom. But if left unchecked, the behavior may develop into something more serious. It can also potentially be a sign of a medical condition.

Ash says some warning signs to look out for include:

However, tail-chasing or tail-biting are fairly normal when it’s brief, easily interrupted and redirected and the bites are soft. If you are concerned with your dog’s behavior, consult a certified dog trainer, animal behaviorist and/or veterinarian. 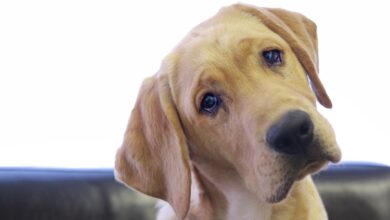 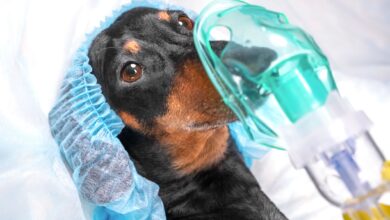 Are There Side Effects of Anesthesia in Dogs? – Dogster 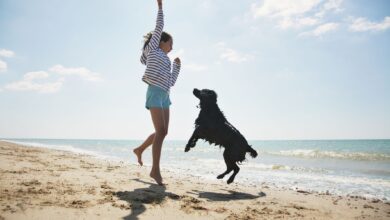 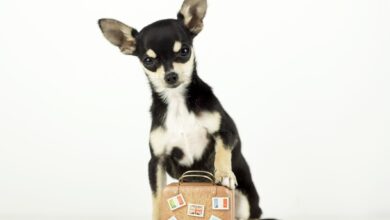 What Are Pet Transportation Services? – Dogster