Last week a Kickstarter campaign went live for Goodboy Galaxy, the first brand new, commercial release for the Game Boy Advance for 13 years. A colourful 2D platformer with running, gunning and a space-faring good boy called Maxwell, it’s a beautifully animated and incredibly impressive-looking project that will be coming to both Switch and PC alongside the bona fide GBA release.

The campaign reached its funding goal in a matter of hours, and we recently caught up with developer Rik Nicol via email to find out a little more about the game’s development, the team’s influences, and what it’s like to be making a GBA game in 2021…

Nintendo Life: First up, can you give us a little background on your as a dev and how you came to start work on Goodboy Galaxy?

Rik Nikol: Jeremy [Clarke, developer and composer] and I met while working at a mobile game studio in the Netherlands. We both love playing and making games, and often did game jams together – me as an artist and him on the code side. The first prototype version of Goodboy Galaxy was our Ludum Dare jam game “Goodboy Advance”. It was quite basic, but it actually came together in the final hours and ran on GBA which was pretty exciting and motivating.

What attracted you to the GBA specifically instead of, say, the SNES?

We think the GBA is one of the most fun and accessible handhelds to develop for, being a 32-bit console with many hardware features from the 8/16-bit era.

The constraints are just right: You can use modern programming languages, so development isn’t a chore, but you still have to work with limited resources. There’s still plenty of opportunity to experiment with old school techniques such as palette-cycling and scanline scrolling effects. 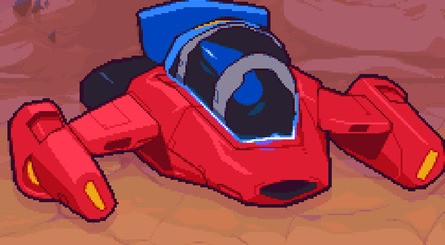 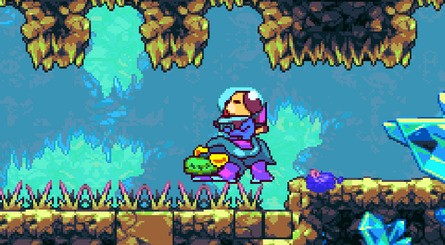 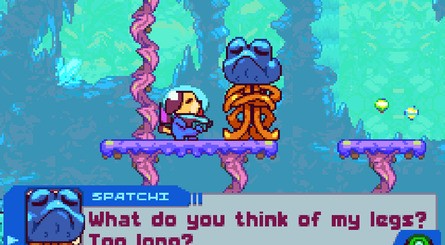 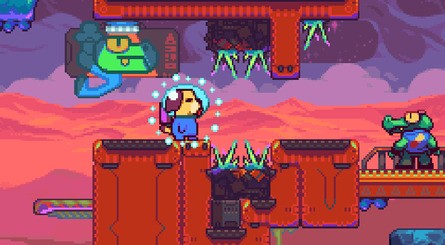 What games had the most influence on you when you began developing Goodboy?

Funny character based platformers were a big inspiration for me — I really love Crowtel Renovations by SinksAdventure and Pikuniku (by Arnaud De Bock, Remi Forcadell, Alan Zucconi, Calum Bowen).

We decided to have the mini ‘quests’ based on how much we enjoyed that in Link’s Awakening, and Jeremy is a huge Yoshi’s Island fan (he insisted I make a cave level with waterfalls like Yoshi has). Like every game developer, we’re also both massive fans of Spelunky (by Derek Yu) and it’s thoughtful approach to game design. Sonic Advance 2 & 3 were also direct inspirations on how to pull off some tricks with the backgrounds.

What is the most distinct technical limitation of working on GBA, and does it present opportunities for ingenuity and experimentation?

There’s quite a few constraints that you never need to care about on modern platforms. For example we can only have so many 15 colour palettes in use at any one time, so we have to do a lot of careful management around which objects can share palettes and how many different things can be in the same area. There’s also a limit to how many tiles we can have in use, which I’m often fighting with.

There’s been some helpful stuff too: The way the GBA draws tilemaps to the screen automatically wraps them, which was great for us as it inspired the level-wrapping mechanic.

In terms of the Switch and Steam versions, you’ve passed the ‘Enhanced port’ stretch goal. How exactly will the enhanced version be different? (There’s also a GBA exclusive chapter now, we see!)

If we couldn’t raise enough funds, our plan was to directly emulate a modified version of the GBA rom, but now we can afford to make it a native port — so [it] will fill the full screen, have high quality audio and also some special co-op missions, probably some modern accessibility options, too.

First Press Games are handling the physical GBA release. We’re assuming the cart size will be more substantial than would have been practical in the 2000s?

The max cart size is still 32MB, though those were a lot more expensive in the 2000s. It’ll still be tight, luckily the artwork is relatively light (despite Maxwell already having 600 animation frames). The audio is the heaviest, since we’re using sample-based music, but we’ve still got some compression techniques to implement.

The Kickstarter flew past its goal quickly – were you confident you’d hit the target? How did you feel seeing the response?

We were reasonably confident we could hit the goal by the end of the campaign, but we absolutely did not expect to be fully funded in 8 hours. It was pretty amazing (and also a bit overwhelming)! We’re extremely grateful for all the support.

We were reasonably confident we could hit the goal by the end of the campaign, but we absolutely did not expect to be fully funded in 8 hours

We’ve all been stung by Kickstarter campaigns in the past that have overpromised and fell mightily short on occasion. How did you approach the Kickstarter so as to avoid common pitfalls?

We made sure to have a pretty long demo, so people could have a good idea of what we’re actually trying to make, and after the first stretch goals we’re being very selective with extras to avoid adding onto development time.

The demo available online gives a great idea of the look-and-feel of the game, but there’s a long time to go until the projected December 2022 / March 2023 fulfillment date. What’s next on your development to-do list, and are you confident you’ll be able to hit those dates?

There’s a few important systems missing (mini map, some fun features, proper localisation implementation), and a lot of content to make. We’re cautiously confident of the dates – but everyone always underestimates, so we’re being as pragmatic as possible with project planning. The additional funding will really help, too, we can now safely dedicate more time and resources to development.

Finally, what GBAs are you and the team rocking these days?

Jeremy’s Game Boy Micro got run over by a bus (not kidding), but he’s still got his original childhood “Tribal” edition SP (amazing) and this icy blue baby [see below]. I’ve got this White/Red combo (as seen in our trailer). 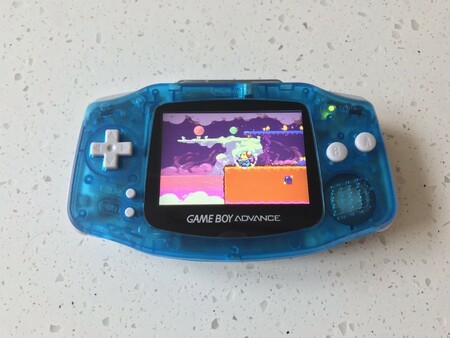 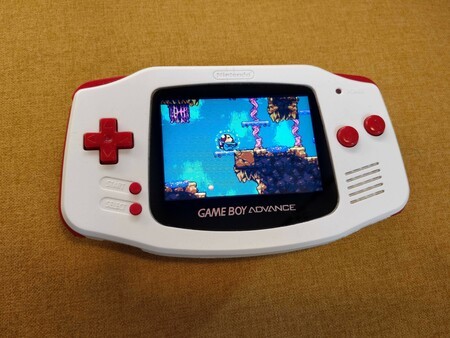 The Goodboy Galaxy Kickstarter is fully funded but has three weeks left to run at the time of writing — head over there if you’re intrigued by any of the above and check out the campaign.

Fortnite Chapter 2 Season 7 Will End With One Final, Epic Mission Against An Alien Invasion