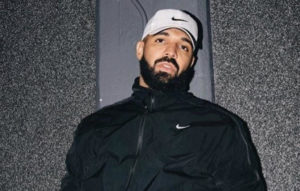 Troubled Drake fanatic Mesha Collins isn’t backing down from the $4 billion defamation lawsuit she filed against the rap star in June. Instead, she followed up by snubbing Drizzy’s attorney over the phone.

In court documents obtained by Radar Online, Drake’s lawyer, Stanton “Larry” Stein, sayid Collins has no legal representation and that she hung up on him when he called to discuss her “frivolous” lawsuit.

“She ended the call by abruptly hanging up after asking counsel for Graham not to contact her again. Attempts to meet and confer are futile.”

Drake, whose real name is Aubrey Drake Graham, claims to have never met Collins personally and that he hasn’t defamed her in any way because he doesn’t even know her name. Their first encounter took place April 3, 2017, when Collins was arrested after police responded to a call about a burglary at Drake’s estate.

When cops arrived, Collins locked herself in a room after drinking some of Drake’s refreshments. She was released from jail after posting a $100,000 bond, Los Angeles Times reported.

The Grammy Award-winning rapper declined to file charges because he felt Collins might be battling some mental health issues. But Collins wasn’t done choosing violence with Drake.

In June, she filed a $4 billion lawsuit against the “God’s Plan” rapper accusing him of using her name and likeness in “defamatory matters” through his music, Instagram posts, and endorsed products that “had names that invaded her privacy by revealing to the world where she lived,” the suit claims.

Drake recently moved to dismiss the lawsuit, calling it “frivolous” and based on “delusional figments of her imagination.”

“In April 2017, somebody broke into my Los Angeles home when I was not there. At the time of that incident, I was not told any details about the trespasser, including her name,” Drake’s filing read.

“I do not know Plaintiff. I have never met her and have never communicated with her. I did not even know of Plaintiff until this lawsuit was filed and served. Indeed, I was unaware of Plaintiff’s identity, name, or where she alleges she lives until the filing and service of this lawsuit,” he added.

New documents claim that Collins is only suing Drake in an attempt to make contact with the “Hot Line Bling” hitmaker.

“He has also not divulged private information about Collins,” the document states. “This is a frivolous case brought for the purpose of making contact with Graham.”

But when Stein tried contacting Collins to discuss the suit, she let him have it before hanging up the phone without warning. Before that happened, Stein said Collins “expressed disbelief that counsel for Graham indeed represented Graham.

This must be the price you pay when you’re a Certified Lover Boy.