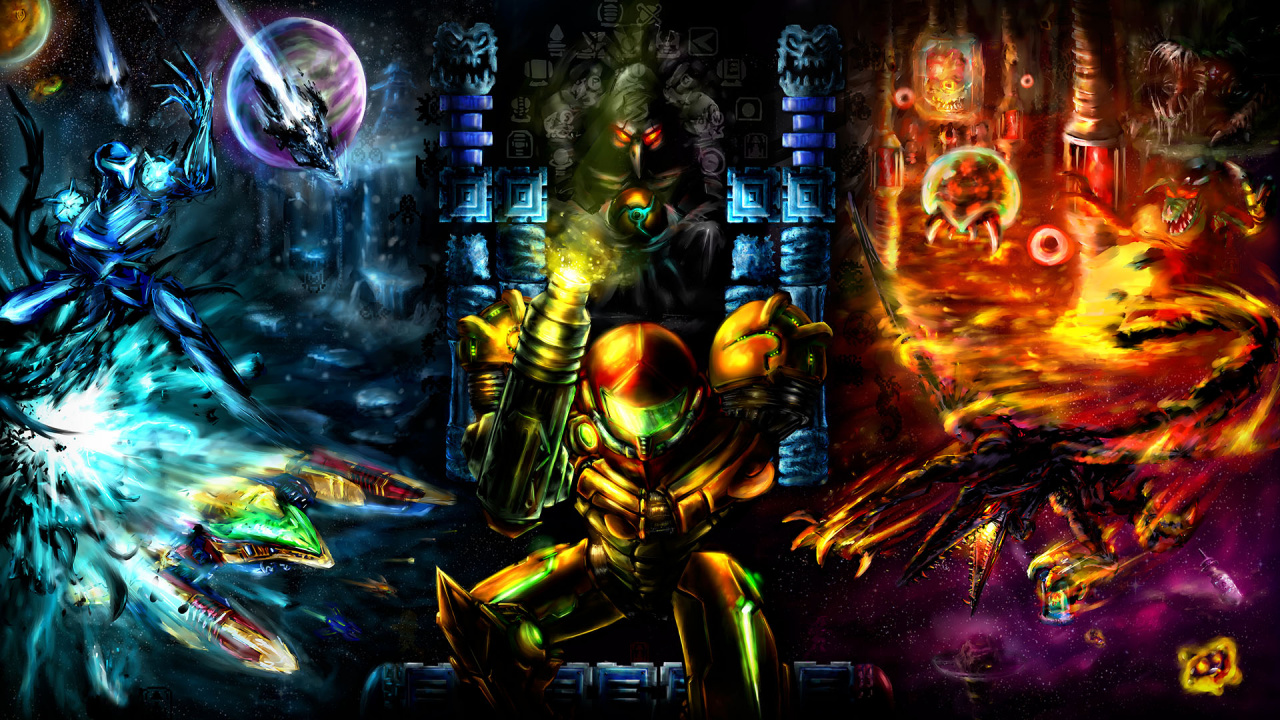 Nintendo’s iconic franchises give us lots of fan creations, often in the form of extravagant artwork. For Metroid fans that enjoy the franchise music, the ‘Harmony of a Hunter’ albums (from a collective referred to as Shinesparkers) are among the highlights that pop up relatively frequently. Distributed for free – as is necessary to avoid Nintendo’s wrath, of course – they’ve given us plenty of hours of entertainment.

Shinesparker’s lead Darren Kerwin has now confirmed that, after a bit of a break, Harmony of a Hunter Returns arrives soon – on 6th August. It’s a project in memory of a friend of Kerwin that introduced him to Metroid, therefore indirectly inspiring a decade of music, and to celebrate the upcoming 35th Anniversary of the franchise along with Metroid Dread.

It’s an album that’ll have 5 hours of music across 65 tracks, as the project has also been a celebration of the Shinesparkers project (this is the 6th album). Below are some words from the press release.

Due to restrictions at the time on group gatherings, we were unable to see bands and groups come together to create music this time around. However, that didn’t prevent us from organising some remotely-recorded performances, such as “Call of the Warrior” (Super Metroid), by Vincent Rubinetti and The Reddit Symphony Orchestra, or the aforementioned “Corruption Consumed”, by Julia Seeholzer (feat. The University of San Diego Choral Scholars & guests). One of our hopes is that our album will equally help others through these difficult days as we look forward to a much brighter future.

…Harmony of a Hunter: Returns is a collaborative effort, without which this project would not be possible. My heartfelt thanks go out to the entire team for helping to make this project a reality, especially to my two Assistant Directors Zack Parrish and Sebastian Mårtensson, who have also contributed arrangements to the project, both individually and in a collaborative capacity.

You can head to the official website on 6th August if you want to download the album.

Uniswap delists 100 tokens from interface including options and indexes