Designed by 13 creatives from countries playing in the 2020 World Cup in Qatar, the shirts will be sold to raise money for the Amnesty International campaign.

The FIFA: Time to Compensate Migrant Workers campaign aims to encourage Qatar and football’s governing body FIFA to pay compensation to migrant workers who have suffered labour abuses during the construction of the 2022 FIFA World Cup.

“Goalissimo is a celebration of football, a game we love dearly, but a criticism of this World Cup that is, let’s be honest, massively problematic on many levels,” said Hen’s Tooth founder and creative director Greg Spring.

“There’s a serious message here, but we still wanted the Goalissimo drop to be playful and positive with a sense of hope,” Spring said.

“I think that runs through each shirt design – football is community, it’s the people’s game and I hope the drop conveys that.”

The polyester tops come in a variety of bold patterns and bright colours with the Hen’s Teeth logo embroidered on the right-hand side of the chest.

Alongside providing support for Amnesty International’s campaign, Spring hopes that the Goalissimo collection will “put pressure” on the Qatari government and FIFA to enact change.

“The more voices we can add into the mix the better,” Spring said. “It all helps put pressure on reform and accountability,” he continued.

The World Cup has been marred by reports of human rights abuses and inhumane conditions experienced by migrant workers that built the eight stadiums that are hosting the tournament.

A recent report published by Amnesty International found that many workers are still “subjected to conditions that amount to forced labour” in Qatar.

According to the Guardian, more than 6,500 migrant workers have died in the country over the past decade with many of these deaths still uninvestigated. However, FIFA said that 37  people have died in connection with the construction of the World Cup stadiums.

“The Guardian and Amnesty International estimate that over 6,500 migrant workers have died making this World Cup a reality,” Spring explained.

“That is just unspeakably grim and is the only real story of this World Cup: it rightly looms large over the whole tournament.” 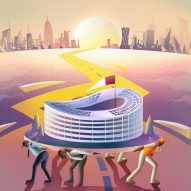 “The attitude to the LGTBQ+ community doesn’t quite speak to a game that is for everyone,” he added.

The shirts are currently being produced in the UK by clothing manufacturer Vulfco. The full collection is available to order online from 3-17 December on the Hen’s Teeth website.

Other architecture and design studios around the world have been raising awareness of the human rights issues connected to the World Cup, which began earlier this week and runs until 18 December.

Architecture studio Week vocalised its disapproval of the tournament being held in Qatar by creating a conceptual 4.4-kilometre-high memorial that drew attention to the number of reported deaths.

Sports brand Hummel created a toned-down kit for the Danish football team as a “protest against Qatar and its human rights record”.

The images are courtesy of Hen’s Teeth. 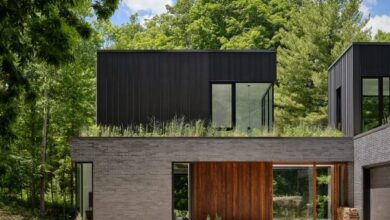 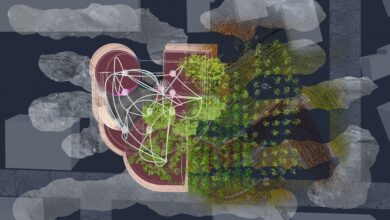 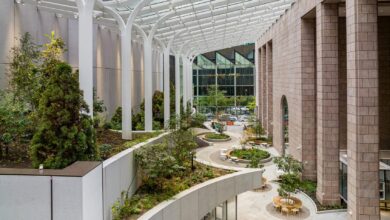