Is the rent going to keep going up like this forever? Can it even do that?

This is an important question because rents are rising a lot faster than wages, and are taking an increasingly big bite out of our bank accounts. For America’s 120 million renters, it’s tough to take.

We keep seeing reports of people’s rent skyrocketing, getting hiked up to 20%, 30% and even 40%. Millions are falling behind on their rent and are facing potential eviction.

To get answers, we reviewed rental rates in the United States’ 384 metropolitan statistical areas — namely, large- or medium-sized cities and their surrounding suburbs. We wanted to see where rents are rising the fastest and the slowest.

We asked financial and real estate experts about what they think rents are going to do next, and their advice for what renters should do now.

Where Are the Priciest Place to Rent? The Cheapest?

We gathered figures for this article from Zillow’s Observed Rent Index, which Zillow uses to measure the typical market-rate rent in 384 U.S. metropolitan areas. Those are all marked on our interactive map. We focused on the 100 largest metro areas.

Where is Rent Up the Most? The Least?

The places with the fastest-rising rent? They include four cities in Florida: Miami, Orlando, Cape Coral and Deltona (it’s about halfway between Orlando and Daytona). Also on that list is New York City, San Diego, and, perhaps surprisingly, Knoxville, Tennessee (where demand is up but apartments are scarce).

Rent in these cities has gone up a whopping 14% to nearly 19% in the last year.

The cities where rent has risen the least? That would be Spokane, Washington; Baltimore; Minneapolis; Las Vegas; and Fresno and Stockton, California.

Rent in these places has only risen by a comparatively low 1.8% to 4.5% over the same time.

What’s Going On With Rents?

Nationally, Zillow says the typical rent has gone up 11% compared to one year ago — although your mileage may vary.

Unfortunately for renters, most of the experts we consulted are predicting that rents will keep rising faster than inflation next year. It’s because sky-high mortgage rates are preventing people from buying homes, forcing them to keep renting and driving up demand for rentals.

“I believe that rental rates will continue to rise in the long run, due to continuing demand from would-be home buyers who can’t afford to purchase a property,” said Jennifer Spinelli, CEO of Watson Buys, a home-buying business in Denver, Colorado. “However, there are some signs suggesting that rent hikes are cooling off, at least in some cities. So it’s really a mixed bag.”

That’s true: A couple of reports came out recently showing that rents nationwide actually declined in September compared to the previous month.

And both of those reports — one from Realtor.com and the other from the real estate brokerage Redfin — found that rent hikes appeared to be starting to slow down.

Maybe there’s hope for renters after all.

“U.S. rental rates are cooling off in most of the country and are largely stabilizing, with some smaller markets seeing a 5% to 10% decrease. This is largely due to the initial burst and subsequent drop in rental demand,” said Dennis Shirshikov, a strategist at Awning.com, a real estate investment company in California.

“In certain cities like Miami, NYC and Austin, Texas, rents continue to rise because those cities are growing much more quickly than new housing can become available.”

Will the Rent Keep Going Up Next Year?

Most of the experts think rents will keep going up in 2023, forcing some renters to make hard choices.

“The signs showing rent hikes cooling off are just temporary, and renters should brace themselves to pay more,” said Tennessee financial consultant Bill Ryze, a board advisor for the financial services company Fiona.

Looking for places in areas that are less in demand is just one way to find a deal, according to Danny Marshall, a mortgage broker and real estate agent for the website Mortgage Rate Guru.

“Another option is to look for units that are available for short-term leases,” he said. “These leases can be more affordable than long-term leases, and they can also be more flexible if your situation changes.”

Ultimately, it mostly depends on where you live.

“Rental rates will go up, down, sideways, or stay the same throughout the country, depending on the area that the rental is in,” said Tomas Satas, founder of Windy City HomeBuyer real estate investors in Chicago. “Housing markets vary from city to city, and neighborhood to neighborhood.”

Outdoor Decorating - Cottagey and Hands Off 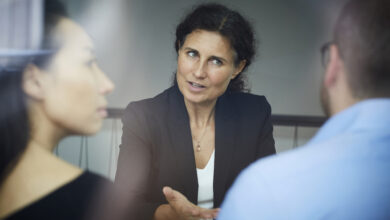 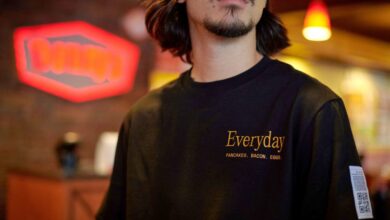 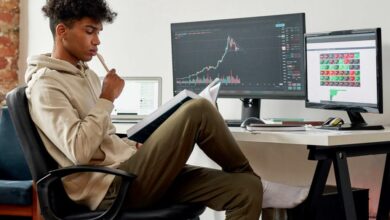 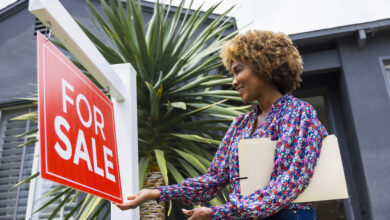