In 2014, testing of a new all-Russian physical culture and sports complex began under the old Soviet name “GTO”. This event was the beginning of the revival of the once popular social movement, designed to make the people of our country healthy, active and strong. 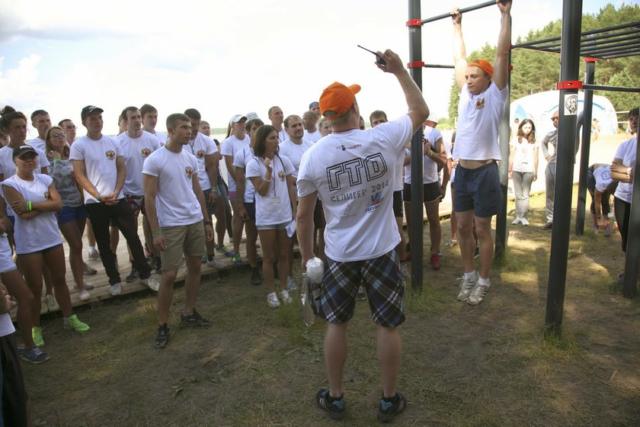 Consider what the TRP is, how to pass the TRP standards and why an ordinary citizen needs it.

A physical training program called “Ready for Labor and Defense (TRP)” existed in the USSR from 1931 to 1991: at different times the standards underwent changes, but the essence of the complex remained the same.

The program was aimed at improving the health of ordinary citizens. The long-term goal was the development of the general physical culture movement in the USSR and the strengthening of the country’s defense capability. The program operated in professional and educational institutions (factories, schools, universities, technical schools and vocational schools). Anyone from 10 to 60 years old could take part. For each of the 10 groups at different ages, a separate RLD complex was developed and the corresponding requirements were established.

If a person passed the standards, he was given a silver or gold TRP badge. Citizens who have successfully completed programs for several years in a row received a special “TRP honorary badge” Also, for this, benefits were provided for admission to physical culture and sports educational institutions.

President Vladimir Putin personally contributed to the revival of the physical culture and health movement by signing a corresponding decree in March 2014. Since that time, a new history of TRP norms begins in Russia. It was decided to leave the previous abbreviation as a sign of respect for the traditions of the past.

The goals of the All-Russian TRP complex: 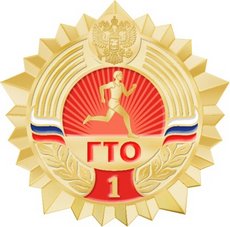 As before, the delivery of standards is confirmed by insignia. In the Soviet Union, there were 2 types of badges: gold and silver; now they have added a 3rd option – a bronze badge. This innovation makes sports and recreation activities within the TRP similar to the Olympic Games for everyone.

Mass sports, according to the country’s leadership, should become more accessible not only for young people, but also for people of all ages. To implement the program, it is planned to open non-profit sports clubs throughout the country at the place of residence, work and study of citizens. In addition, it is necessary to build outdoor sports facilities – in particular, in the courtyards of houses. The budget money left over after the Sochi Olympics is supposed to be spent on the development of a massive recovery of the nation.

What is included in the TRP standards – tests and standards

What tests are included in modern complexes can be judged by the TRP standards for schoolchildren, which include the following tests:

A complete list of regulations can be found here.

Some of the tests are offered to be taken by choice. If we compare these tests with those that were included in the standards of the TRP in the USSR, one can find a number of significant differences. Gone are the exercises such as throwing a training grenade (by the way, such shells are no longer produced for mass sports), cycling, ice skating, rope climbing. Added bending forward and throwing the ball for accuracy.

According to experts, physical education in modern schools and other educational institutions does not satisfy the growing body’s need for movement and activity. For the harmonious development of young people and strengthening their health, additional independent training is needed. Passing fitness standards and getting a badge is a good incentive for a student to improve his level of fitness.

As for the TRP norms for adults, for them strengthening the body is no less important than for children and adolescents. According to the Ministry of Health, the number of obese people in the country increases annually, as well as cases of diabetes mellitus, serious heart pathologies and other diseases associated with low physical activity. The return of the complex can become a factor that will help to change the current situation towards improvement.

Where and how can the standards be passed

People practicing physical education and sports are allowed to fulfill the standards introduced in 2015 – it does not matter, in a special section or on their own. To be admitted to the tests, you must have a passport and a medical certificate for passing the TRP standards. The delivery of the complex is voluntary: no one will force schoolchildren or students to take tests.

Any Russian citizen can take part in the program by registering in the system via the Internet. The application indicates:

It is necessary to attach two standard photographs measuring 3 by 4 cm. After that, you can choose a test center convenient for you and register the date and specific time of arrival. In the capital, there are about 40 points in the administrative districts where you can pass the TRP standards to everyone.

After submitting an application, choosing the place and time of the event, you will receive a personal number. Admission for schoolchildren and students is carried out on the basis of the data of the last medical examination; adults must obtain a medical permit to pass the standards at the polyclinic at the place of residence.

Persons who fulfill the standards and master all the knowledge and skills provided for by the stages of the All-Russian TRP complex are awarded with badges. TRP insignia are considered official and are taken into account as individual achievements in admission to universities and other educational institutions. In addition, such students or students have the right to count on an increased state scholarship in the manner prescribed by the Ministry of Education and Science.

Schoolchildren who have passed the TRP standards at school better than their peers are expected to receive additional points to the USE results. Adults will be able to qualify for additional vacation days. But besides this, regular exercise and staying in optimal physical shape are in themselves an effective way to increase the body’s immune status and a good prevention against various diseases.

The History Of Double Fine Productions