“Only a fool knows everything.”

Since March 2020, most of us have been working from home, and the days blend into each other and look the same. This is not the first time I have experienced this type of feeling.

My commute — New York to New Jersey — is what folks in my area call the reverse commute.While going to the office, my days began to look the same: riding the subway to a bus to a shuttle to get to my job. Have you ever arrived at a destination and not even realized how you got there? This is how I began to experience the world everyday. I stopped paying attention to my surroundings.

Because I worked a lot, the only time I would take off was for the holidays. During this time, I was a consultant and was coming to the end of an existing contract. For six years straight, I did this, until I decided to take six weeks off work to travel to Europe and visit places I had not seen before.

A family friend let me stay with her in Munich, Germany; I did not speak German, and so began my adventure. I was in a new place, where I did not know anyone, and I got lost every single day. My eyes were opened to the fact that every day is an opportunity. It just took me going on a trip and traveling halfway around the world to realize it. There are new things to experience each and every day.

When I returned to the U.S. and went back to work, I made a conscious decision to make each day different. Sometimes I would walk a new route. Some days I would take another train. Each change meant I saw something new: new clothing, new buildings, and new faces. It really impacted the way I viewed myself in the world.

But what do you do when you cannot travel? Seeing a situation with new eyes takes practice, and you can still create the opportunity to see something by not taking your surroundings for granted.

How do we do this? For me, I adopted a new philosophy of being WOQE: watching, observing, questioning, and exploring.

Let go of assumptions to open up your mind. This takes looking at yourself and understanding your beliefs.

When I am looking to design something, I always have to tell myself that I am not the user. I don’t know where they come from, and I don’t know their reason for making the decisions they do. I begin the work to understand where they are coming from. It all starts with why.

View the situation from different angles. Architects think about the details of a building and look at different viewpoints and perspectives (i.e., outside the building, different sides of the building, etc.)

How can you apply this approach to your designs? Here’s an example. I sketched something once as part of an augmented reality experience. Using my mobile device, I was able to walk around the sketch and see it from all sides, including the top and bottom. As a UX Designer, I have had to view items from both a user’s perspective and the business’ perspective. If I am giving a talk at a conference, I look at the talk from an audience perspective and my own.

Use the “5 Why Technique” to get to the root of the problem. This involves asking “why” 5 times.

You know how kids keep asking “why” when you answer a question from them? This approach is how you can get to the root of problems. For example, a friend of mine who is blind expressed interest in playing a popular augmented reality game. This intrigued me and I used a whiteboard as I worked through the 5 Whys with my friend. Here is the process we took:

“Why can’t someone who is blind play Pokémon Go?” I asked.

“Because the game is visual and requires someone to see what is on the screen.”

“Why is the game only a visual perspective?”

“Because this is the way it was designed.”

“Why was it designed this way?”

“Because frequently designers are creating for themselves and may not think about who they might be excluding.”

“Why are designers excluding people?”

“Because they were never taught to include them.”

“Why were they never taught?”

“Design programs often do not include an inclusive and accessible curriculum.”

This may not be a scientific way of approaching a problem, but it is a starting point. My friend could not play this augmented reality game because designers were not taught to make this game for someone who is blind. After this exercise, I was able to work with a group of students who worked with my friend to create an augmented reality concept and ultimately a game using audio and haptic feedback.

It all started with why.

Collaborate with others to learn from others and teach others what you know. Let your friends and colleagues know what you are working on, and perhaps talk it through with them.

When I was a freelance designer, I worked on my own and found it challenging when I would get stuck on a design. I searched online and found a group of designers who would come and share their work with each other for feedback. Through this group, I was able to get some insightful comments on my designs and explain some of my decisions. I began to collaborate with the folks in the group and found it very helpful. When talking to clients, this made me feel more confident explaining my designs because I had already been through the process with my online group.

With all of our days blending into each other in this pandemic, we as designers have an unprecedented opportunity to really shake things up. Furthermore, we are problem solvers. As you move forward with your design practice, consider being WOQE to design with a fresh mind. 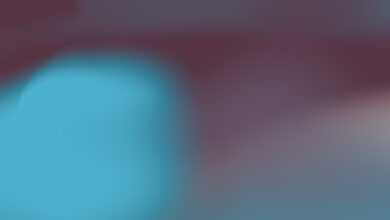 How to Recreate Stripe’s Lava Lamp Gradient with Three.js 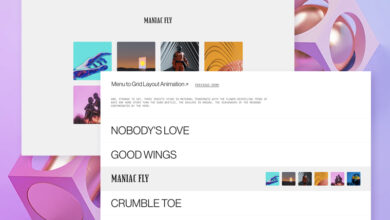 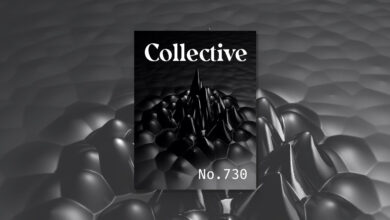 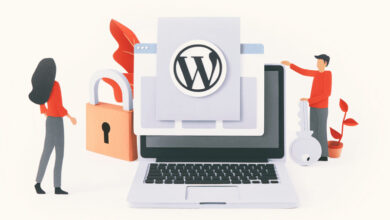